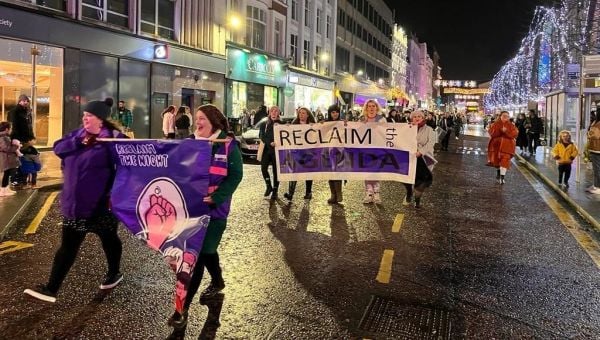 A Belfast woman who was sexually abused as a child has told this year’s Reclaim the Night rally that the criminal justice system in Northern Ireland is “failing victims”.

Haileigh Ashton Lamont, who reported her stepfather to the police in 2020 after enduring ten years of sexual abuse, now works as an advocate for people who have suffered abuse.

Her abuser is currently serving a 16-year sentence.

On Saturday, a large number of people took part in the Belfast march against gender-based violence.

Reclaim the Night began on the streets of Leeds, England in 1977 as a protest against the advice of West Yorkshire Police that women stay at home at night in response to 13 murders carried out by the Yorkshire Ripper, Peter Sutcliffe. The campaign has expanded to include all gender-based violence.

Ms Lamont said her experience of the criminal justice system a “hellish ordeal”.

“I am campaigning for change, but that takes time.

“We all have a part to play in seeing justice served. Justice for me means confidently standing up for yourself and for each other.

“We’re all struggling in our own way in some way. But I know first hand that there’s pure evil out there that can cause serious harm and we need to stick together.

“Do not be silenced out of shame or fear. Do not encourage victims to put away their trauma. Protect and preserve them. Let it be known that in our community harassment, assault and abuse will not be tolerated

“It is my aim to see as many people who have been wronged feeling powerful.

“You’re not defined by what was done to you.” 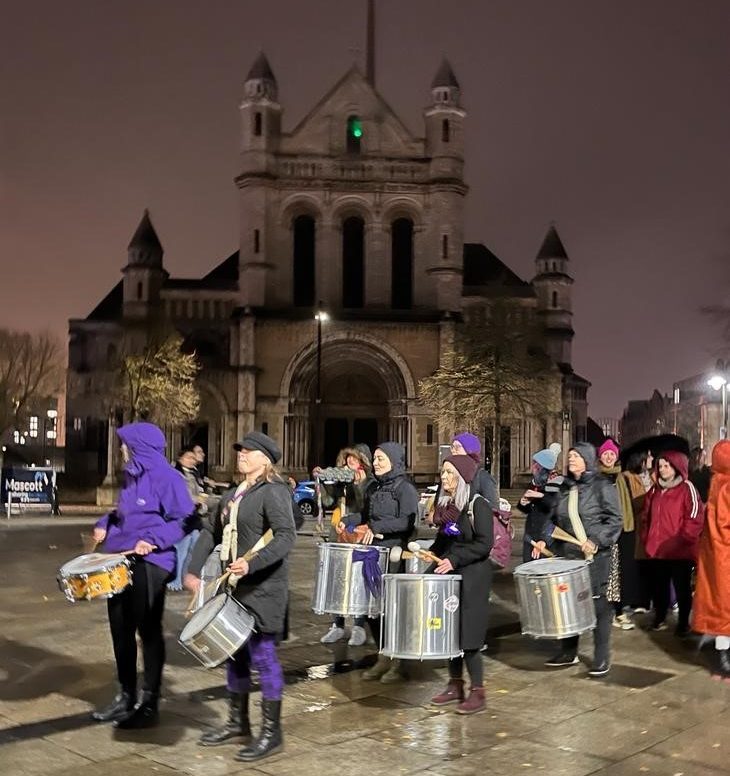 Demonstrators marching through the streets of Belfast during a Reclaim The Night protest. Photo: PA Images

Demonstrators gathered at Writer’s Square where a number of speakers addressed the crowd.

Alexa Moore, a trans rights activist and former director or TransgenderNI, said they are “determined” to stamp out sexual violence and harassment.

“But not only that, what I see is the deep-seated belief that we can build, and we deserve, a better Belfast and we’re all prepared to work for it,” she said.

“We don’t want five hotels and three new extortionate student accommodations. We don’t want the preachers on the streets, creating a hostile atmosphere for LGBTQ people.

“We want a city that serves us, serves our needs and that is built to protect the most vulnerable of us.

“We need a city that prioritises social housing, we need to get people off these freezing cold streets.

“We need safe injection zones. We need the decriminalisation of drug use and we need to remove the power held by coercive paramilitary organisations profiting from the war on drugs.

“We need a city that welcomes us that, keeps us safe. That protects us. We need those preachers off the streets.

“We need year-round night buses and we need real investment in making our clubs and our pubs as well as our streets free from sexual violence and harassment.

“The only way we’re going to get there is if we work together.” 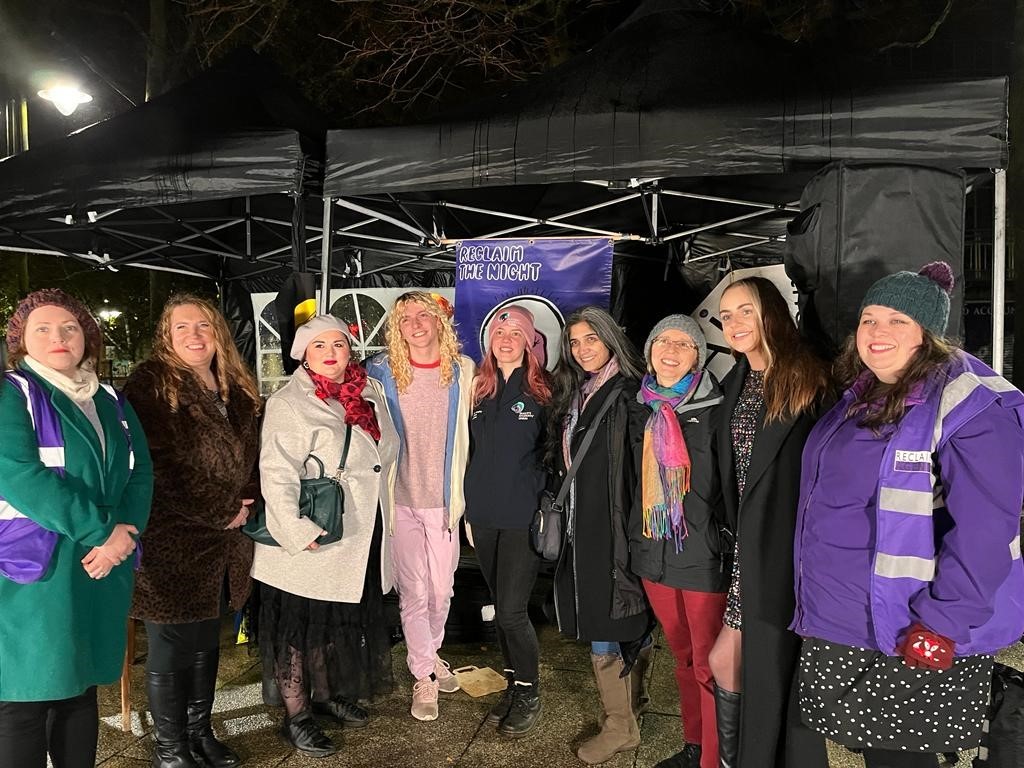 Some of the speakers during a Reclaim The Night rally in Belfast. Photo: PA Images

Nuala Toman, head of policy, communications, information and advocacy at Disability Action, said: “It’s really long past time that we ended violence against women and girls.

“All of this really needs to change. Disabled women are twice as likely as their non-disabled counterparts to experience violence, exploitation, and abuse.

“This takes place in multiple settings, at home, at residential care and at the hands of organised crime, and where are the mechanisms to end all this?”

Mardi Kennedy, co-ordinator of the Sex Workers Alliance Ireland, said that violence is perpetrated by “marginalisation and stigma”.

“We have come together as a community to declare that we are united against violence.

“As always, I ask for your solidarity with sex workers, and ask you to campaign for sex worker rights,” she added.