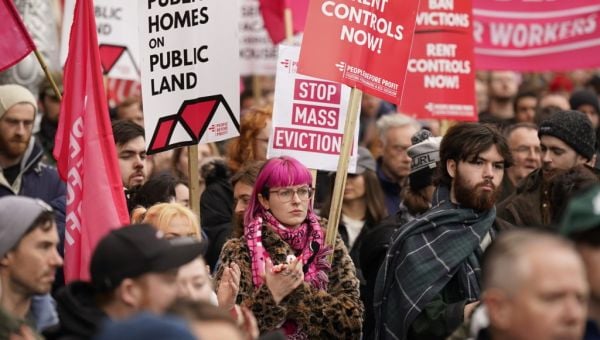 Thousands of people have taken part in a protest in Dublin to highlight the country’s housing crisis, with demonstrators calling for immediate action from the Government to address the shortage of housing.

The rally was organised by Raise the Roof, a campaign group made up of trade unions, advocacy groups, homelessness agencies and student unions and political parties.

The rally started at Parnell Square and made its way to Government Buildings where a number of speeches were made.

Thousands of people of all ages filled Merrion Square South. 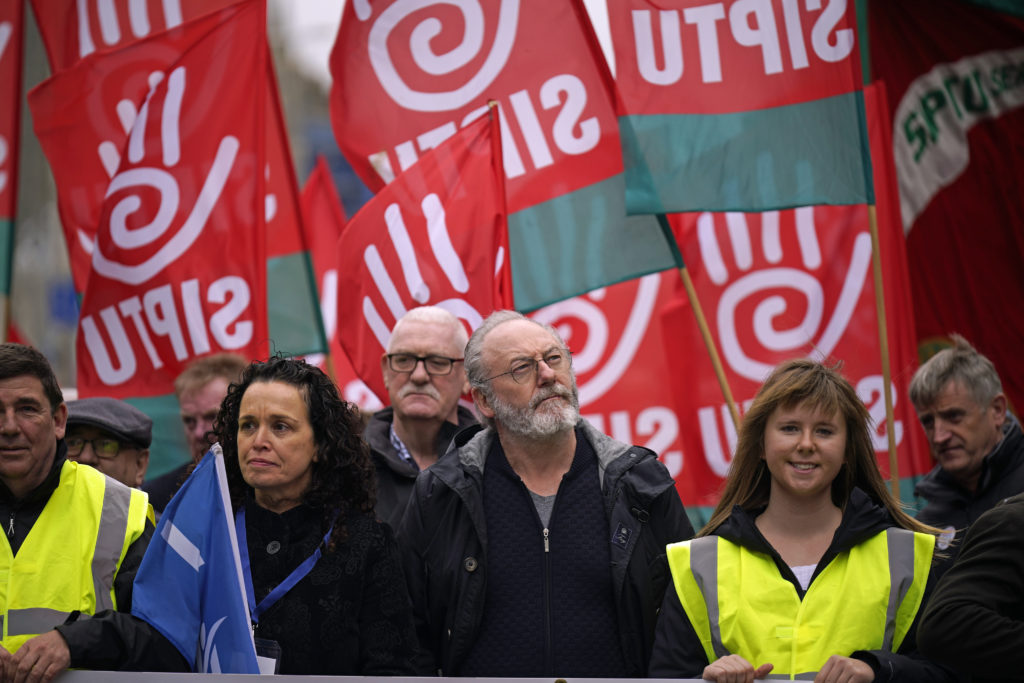 Pensioners and elderly couples joined students and young families to urge the Government to take action.

A stage was erected close to Government Buildings where a number of speakers from unions and campaign groups addressed the crowd.

Actor Liam Cunningham was among those leading the march to Government Buildings.

Mr Cunningham told the PA news agency: “I am sick and tired of foreign investment and vulture funds, and what was known as absentee landlords when I was young and growing up, that the revolutionaries in this country took 800 years to remove, and this Government and the previous government have invited back in.

“It’s time for change and that is starting today.”

He said that the Government is missing its housing targets and that is what is driving people on to the streets to protest.

Great turnout for the #RaiseTheRoof rally.

Figures show there were 11,397 people recorded as homeless in Ireland last month, according to the Government’s official tally.

It marked the fourth consecutive month where the Department of Housing’s figures have increased to a record high.

There was an increase of 422 people in one month to October, from 10,975 people recorded as homeless in September.

Housing charity Focus Ireland said the figures represented a 29 per cent rise in the number of people homeless in 12 months, up from 8,830 people recorded as homeless in October last year.