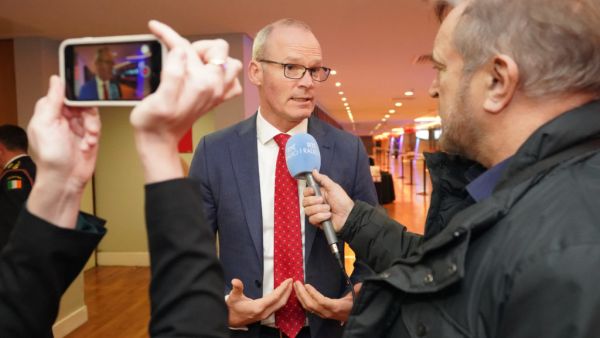 Minister for Defence Simon Coveney has acknowledged staffing levels in the Defence Forces is not where it needs to be.

Mr Coveney said the Government has an “ambitious and radical” plan to address the retention crisis.

The Cork South-Central TD added he was committed to spending more money to create a “bigger, stronger and better resourced” force.

His comments came as the Representative Association of Commissioned Officers (Raco) warned on Tuesday it did not believe the Government’s target of increasing personnel to 11,500 was realistic.

Speaking in Dublin Mr Coveney said: “In the Defence Forces in total there should be 9,500 people. We’re just about 8,000 at the moment.

He said the Government will be spending an additional €114 million on defence next year and that by 2028 spending will have increased from just over €1 billion to €2 billion.

“We’re at the start of a very ambitious and radical process of reform which will also have a significant dividend in terms of attracting more people into the Defence Forces and holding on to people for longer,” the Fine Gael TD added.

“Like in many other areas of the public service, in healthcare, in An Garda Siochana, in teaching, there are lots of vacancies and we need to be able to attract bright, smart people into the Defence Forces.

“The way to do that is to prioritise it, to spend an awful lot more money to build a bigger, stronger, better resourced Defence Forces and I’m absolutely committed to doing that.”