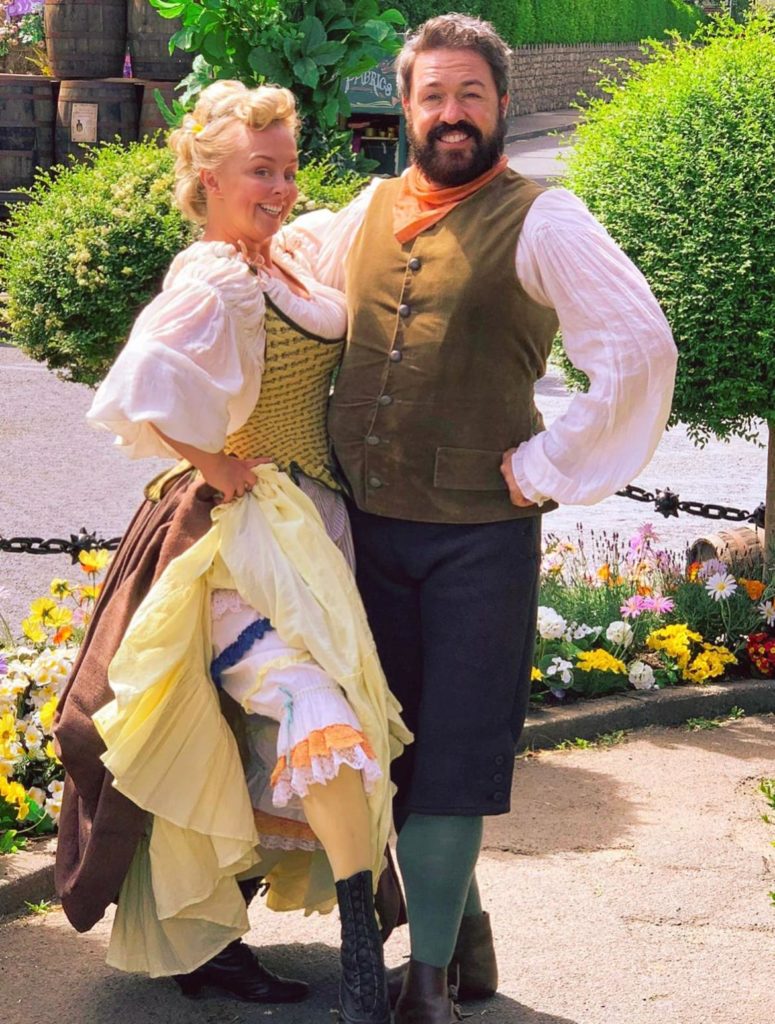 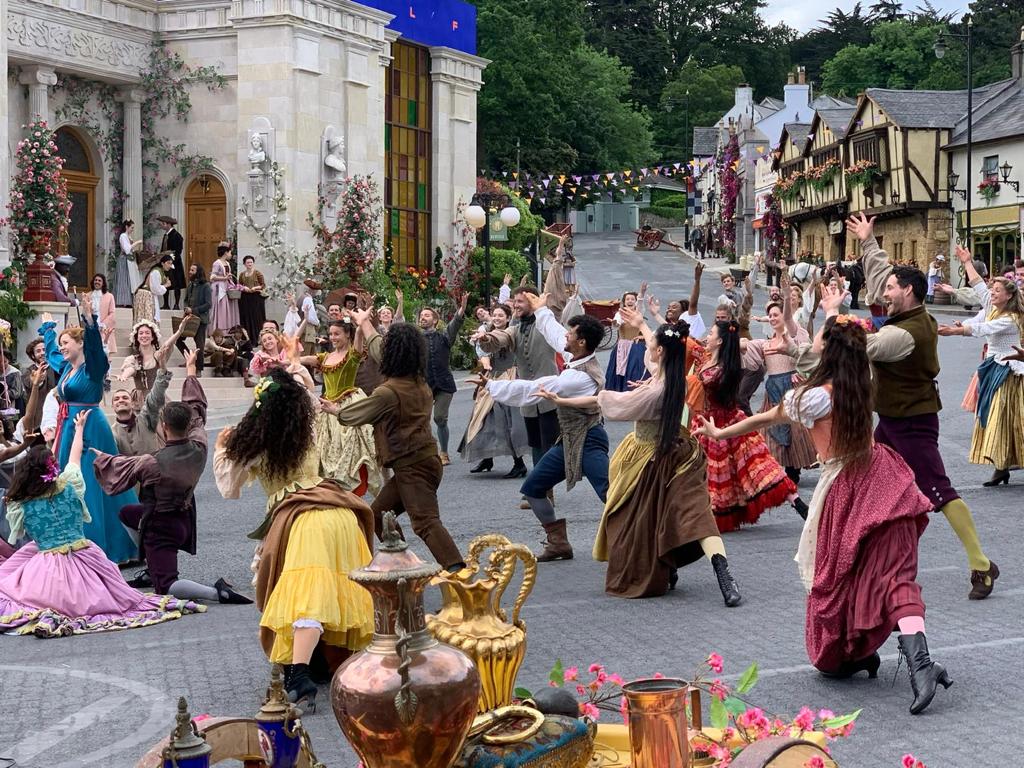 A fantastic scene from Disenchanted filmed in Enniskerry, Co Wicklow

A CARLOW dancer and choreographer can be seen gliding his way across our TV screens in the latest Disney blockbuster Disenchanted.

Ciaran Keating from Carlow town performs in the much-anticipated live-action animated film starring Amy Adams and Patrick Dempsey, which has just been released on Disney+.

Filmed in Enniskerry last year, Disenchanted attracted thousands of visitors to the picturesque Wicklow village, which was utterly transformed in a magical Disney wonderland for the shoot.

“It was incredible to be part of it,” Ciaran told The Nationalist.

“It was at a time when, due to the lockdowns, there was no work in our industry so to be selected to be part of it was fantastic,” he added.

Three-thousand dancers from Ireland and the UK auditioned to be part of Disenchanted, the large number of applicants reflecting the difficult time for the profession in the grip of the pandemic.

This was whittled down to just 92 dancers, with talented Ciaran securing a spot!

“In the movie, there is one of the biggest dance scenes ever filmed in Ireland … it was incredible. I know it’s a cliché, but it was magical to be part of it and the atmosphere on set was great. I think people were so happy to be back working again, everything had been such a difficult time for people,” said Ciaran.

“I’d actually worked with her before on a movie also filmed in Ireland years ago called Leap year and she remembered me from that. She’s so lovely and down to earth,” said Ciaran.

The Disney buzz is clearly close to Ciaran’s heart, because just before the pandemic hit, he was working in Orlando for 16 months as production manager and choreographer of the famous Disney Springs Raglan Road Show. Ciaran also worked on the movie ***The last duel***, also filmed in Ireland in 2021, and has been part of numerous dancing tours in the USA and Europe.

Thankfully things are now busier than ever for Ciaran, who also works as a teacher with Spotlight Stage School and is currently in the middle of their Christmas show at Rathwood as well as preparing for their Olympia Theatre Christmas panto this year Olly, Polly and the Beanstalk, which runs from 21 December to 8 January.