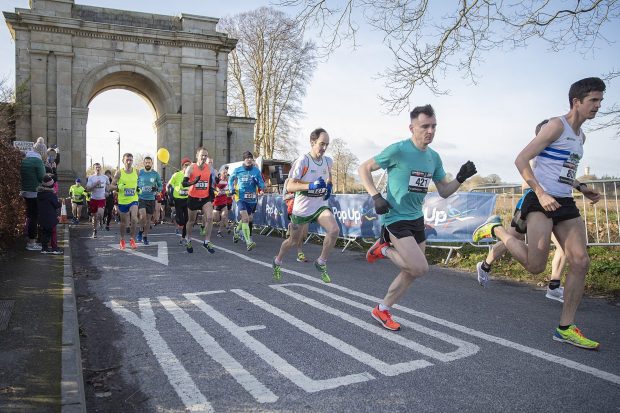 THE hugely popular Charlie Curran Memorial Run returns to the roads of Carlow for the first time since the pandemic.

The five-mile event, which starts from Carlow Town Hurling Club at the arch in Oakpark, will take place on Sunday 29 January.

This year’s event, held in the memory of the late Charlie Curran Snr from Dereen Heights, will raise funds for two charities – Debra Ireland and Feileacáin.

Feileacáin, the Stillbirth and Neonatal Death Association of Ireland, provides support to anyone affected by the death of a baby during or after pregnancy. Debra Ireland supports people with the painful, genetic skin condition epidermolysis bullosa, known as butterfly skin. Feileacáin was chosen as a beneficiary due to the personal experience of miscarriage of event organiser Charlie Curran Jnr and his wife Cathy.

“A lot of people have experience of it, but you only hear about it when it happens to yourself,” he said. “It’s an unspoken grief.”

Charlie Jnr hopes that some people who have suffered this loss may find comfort in taking part in the run and raising funds for the charity.

In a lovely bit of coincidence, both Debra Ireland and Feileacáin’s emblems consist of a butterfly, and the specially-designed race medal will incorporate this.

The run had taken place as a virtual event over the last two years and Charlie Jnr was excited to have it back on the road again.

“It’s just seeing people I have not seen in so many years. We have lost people who would have taken part during Covid – that’s a sad thing as well. It’s coming together and seeing each other and appreciating each other. Virtual is great, but people are still apart.”

The event is also a poignant occasion for the Curran family. Charlie Jnr’s grandmother and Charlie Snr’s adoring mother Ester Curran passed away in early November at the age of 92.

An extraordinary woman who learned to drive aged 77, Esther had an abundance of skills in embroidery and doll making, taking evening classes in stained-glass-making in her 80s. She was a pillar of the memorial run and was always the first to buy raffle tickets on the day.

“She didn’t do anything if she could not do it the best she could,” said Charlie Jnr. “It’s given me the drive that the event will as good as it can be. We won’t have just Dad looking down now, we’ll have two, so we can’t let the standards slip.”

Runners and walkers can book their place on popupraces.ie. The event is limited to 600 participants so early booking is recommended. The run is known far and wide for its stellar post-race food, and food donations and volunteers for this year’s event would be greatly welcomed. People can contact Charlie Jnr on 086 2141322. Unum is this year’s race sponsor, while Charlie Jnr also expressed his gratitude to the residents of Oak Park Road, the gardaí and the Order of Malta.

Filed under: Carlow running, things to do