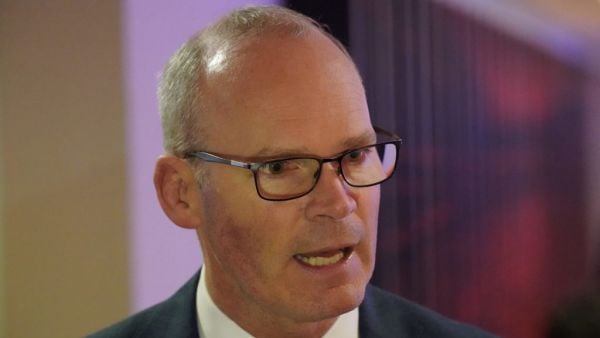 The Government is “not ploughing ahead” with the reopening of Ireland’s embassy in Tehran, the Minister for Foreign Affairs has said.

Simon Coveney said the decision is “under review” and that if the Government decides to go ahead with the reopening of the embassy in the Iranian capital next year it will be because it “makes sense” to have diplomatic channels open with a country it has “concerns” about at present.

Earlier this month Mr Coveney said the Government would be pressing ahead with the reopening.

The coalition Government has faced criticism after it announced in March 2021 that it wanted to reopen the embassy in the Iranian capital next year.

It was closed in 2012 as part of cost-cutting measures.

Since then an Irish team has been operating from the German embassy in Tehran.

“We’re not ploughing ahead with anything,” Mr Coveney told reporters in Dublin.

“We made the decision to have a two-step process in relation to setting up diplomatic relations with Iran again from Tehran. The next step now is … tto re-establish that embassy over time, and that’s the commitment we’ve given.”

The Fine Gael minister said his record is “pretty strong” when it comes to being “very critical in terms of how the Iranian authorities have responded to protests in their own country, the number of protesters, many of them children, that have been killed”.

“I do believe when you have things to say about a country and how it relates to the rest of the world, particularly a powerful country like Iran, having diplomatic channels open makes sense, so you can have those tough discussions as opposed to simply shutting off diplomatic channels and have nothing to say,” he said.

“This is obviously a decision that is under review,” he added. “But if we open an embassy in Tehran next year, it’ll be because we want to have diplomatic channels open with a country that, of course, we have a lot of concerns with at the moment.”

There have been calls recently for the Government to reconsider its decision.

Government backbencher John Paul Phelan last week said that it would be an “appalling slap in the face” for citizens currently risking their lives protesting against the regime’s behaviour for the Government to open an embassy there.