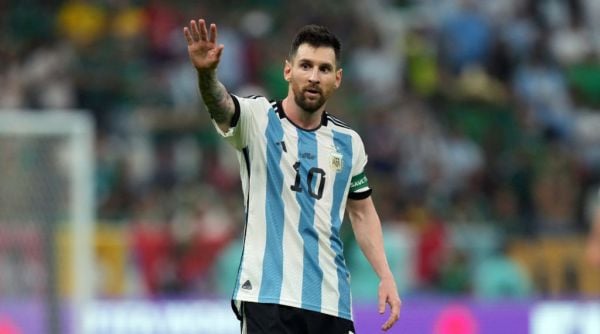 Two-time winners Argentina and Euro 2020 semi-finalists Denmark have significant work to do to avoid early exits going into another crunch day of World Cup action.

Poland, Saudi Arabia, Mexico, Australia and Tunisia also retain ambitions of reaching the knockout stages as Groups C and D draw to conclusions, with reigning champions France the only nation to have already sealed progression.

England, meanwhile, are looking forward to a clash with Senegal after emphatically booking a last-16 spot with a thumping 3-0 win which sent home neighbours Wales.

Here, the PA news agency takes a look at the latest talking points in Qatar.

Lionel Messi has scored in each of his two appearances so far, but Argentina’s fate is well and truly in the balance going into a mouth-watering Group C finale.

Lionel Scaloni’s men must beat a Poland team led by talismanic striker Robert Lewandowski to guarantee a place in round two and keep alive Messi’s dream of lifting the Jules Rimet trophy at what is likely to be his final World Cup.

A draw will be sufficient for Poland to progress, while leaving Argentina anxiously awaiting the result between Saudi Arabia and Mexico.

Despite the presence of two world superstars, Poland coach Czeslaw Michniewicz stressed the contest was not simply a match between Lewandowski and Messi, saying: “It’s not tennis, it’s not one-on-one.”

Saudi Arabia coach Herve Renard has challenged his players to secure a place in the history books by sealing a spot in the knockout phase.

The nation ranked 51st in the world stunned Argentina in their opener to ensure they have everything to play for going into their clash with Mexico.

Not since USA ’94 have they ventured beyond the group stage, but Renard does not want to rest on the laurels of masterminding one of the greatest World Cup upsets.

“If these players want the fans to remember them they have to make history, otherwise people will forget in 20 or 30 years,” said the Frenchman.

Group D is also wide open, with Australia, Denmark and Tunisia still in contention to join reigning champions France in going through.

Victory for the Socceroos over Denmark would put them in the last 16 for the first time in 16 years, while a draw could also be adequate.

The Danes start as favourites and the onus is undoubtedly on them.

Tunisia, who currently prop up the pool, have the most difficult task to avoid elimination and will hope the French already have their minds on future challenges.

Marcus Rashford gave Gareth Southgate plenty to ponder going into the knockout stages by making the most of his first start of the tournament.

The Manchester United man struck twice against the Welsh at Ahmad bin Ali Stadium to move level with the competition’s top scorers on three goals.

Phil Foden justified public clamour for his inclusion by adding England’s second, leaving Southgate with a positive selection headache moving on to Sunday’s clash with Senegal.

Rashford said: “Hopefully we can build on this performance because I have massive ambitions for this team and I think we can play even better than we showed today.”

Wales looking to the future

We have had to wait 64 years for this moment to tell the world who we are.

Our language. Our culture.
Our history. Ein Wal Goch.

Despite the disappointment of crashing out with a heavy derby defeat, Wales boss Rob Page and star player Gareth Bale refused to be downbeat as they swiftly switched their sights to future challenges.

Talisman Bale gave Welsh fans reason for optimism at the end of his country’s first World Cup campaign for 64 years by brushing off suggestions about him contemplating imminent international retirement, saying: “I’ll keep going as long as I can and as long as I’m wanted.”

Elimination came following a one-sided loss which exposed a distinct gulf in class between Wales and England.

Bale admitted his country had fallen short of expectations in the Middle East but insisted he was proud, while Page said: “My message is don’t be disappointed. We’ve got to build for the future again now.”

Cody Gakpo is having an amazing #FIFAWorldCup! 📈

Also on Tuesday, PSV Eindhoven star Cody Gakpo underlined his status as one of the hottest prospects in Europe by securing a small piece of history to help the Netherlands top Group A.

The 23-year-old, who has been linked with a host of Premier League clubs, became the first Dutchman to score in each of his first three World Cup matches after claiming the opening goal in a 2-0 victory over eliminated hosts Qatar.

The win for Louis Van Gaal’s men was sealed by Frenkie De Jong and ultimately ensured they avoided meeting England in round two.

The United States, who defeated Iran 1-0 later in the day thanks to a Christian Pulisic goal, await the Dutch.

Chelsea defender Kalidou Koulibaly picked an opportune moment to end a lengthy wait for his maiden international goal as Senegal snatched a last-16 spot from Ecuador in a nervy winner-takes-all Group A clash.

Brighton midfielder Moises Caicedo had only just cancelled out a penalty from Watford forward Ismaila Sarr to put the South Americans in the box seat when captain Koulibaly – winning his 67th cap – decisively fired his side back ahead following a free-kick.

The crucial goal put Senegal into the knockout stages for the first time since their World Cup debut in 2002. A showdown against England is their reward.