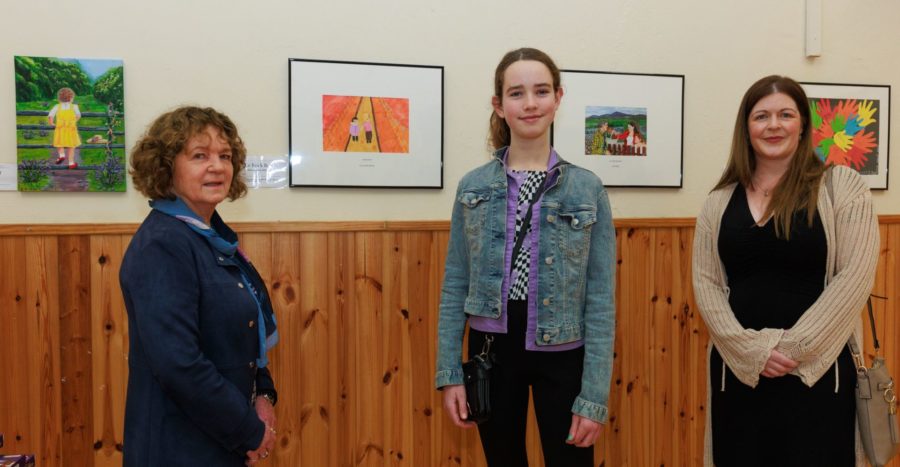 Pictured at their artwork are Pat Minchin, Wine Murphy and Julia Butler-Kelly

AN ARTISTIC celebration of Borris currently lines the walls of the local town hall and will soon become a fixture in many homes.

Twelve submissions as part of an art competition organised by Borris Town Hall Committee were unveiled in the hall and will be on display for the next 12 months. The entries will also form a lovely calendar that will go on sale in the coming weeks, just in time for Christmas.

The idea for the competition came about following recent painting and improvement works at the town hall. It had been painted inside and out, while Borris Men’s Shed also made window boxes. It was decided to make the interior as attractive as the exterior and so the competition was born.

The theme of the competition was ‘My community’ and many scenes of Borris and its landmarks were depicted by the entrants. It was judged Fr Rory Nolan and artists Rachel O’Hara and Emma Jane Champley.

All entrants were invited to the unveiling of the paintings in the hall recently and each of them were presented with a small gift.

The calendar goes on sale at the Borris Craft Fair in the hall on Saturday 10 December, which will run between 1pm and 6pm. 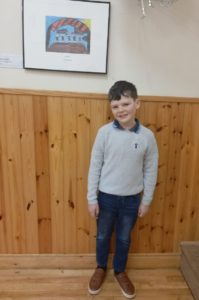 8-year-old Liam Keogh of Kilcoltrim, Borris who took part in the art competition. He drew a pic of his local team, Mt Leinster Rangers 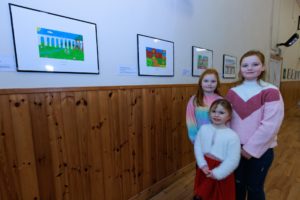 Sisters Saoirse, Caoibhe and Sadbh Clerkin pictured beside their artwork, which is part of the Borris Town Hall art competition Photos: michaelorourkephotography.ie 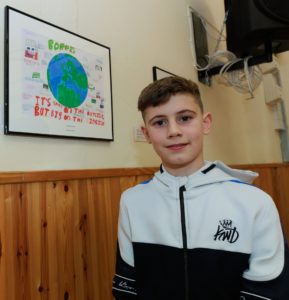 Matthew Hayes beside his artwork in Borris Town Hall 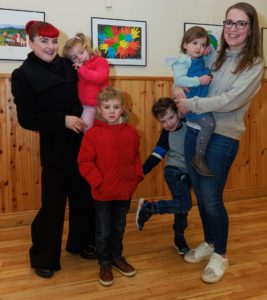 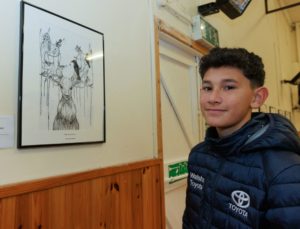 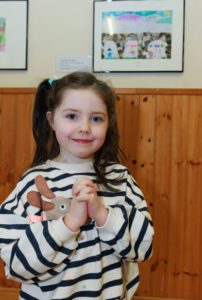