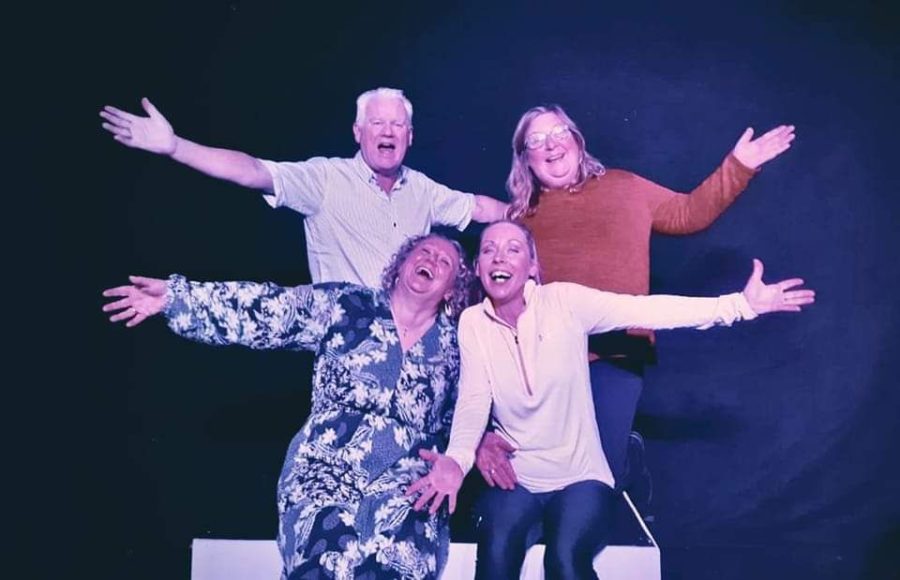 ***Third Finger, Left Hand*** is is directed by Tommy Murphy and Elaine Jordan (standing) and will be performed by Sinead OGorman & Margaret Farrell (sitting)

BUNCLODY/Kilmyshall drama group has announced new dates for its performance of Third Finger, Left Hand by Dermot Canavan.
The show received an amazing and emotional response from audiences during its run in November. The final performances were sold out before the final dates had to be cancelled due to unforeseen circumstances.

The new dates are this Wednesday to Friday at 8pm nightly in Bunclody Golf and Fishing Club.
The play was a Fringe First award winner when it was shown at the Edinburgh festival and is set in Lancashire during the era of the Northern Soul dance craze. It takes its title from the hit song by Martha and The Vandellas. The play centres around sisters Niamh and Grace. Described as a play that is both brilliantly funny and heartbreaking, it is a story that can easily drive you from laughter to tears.
The play is directed by Tommy Murphy and Elaine Jordan and will be performed by Sinead O’Gorman and Margaret Farrell.
Bar and dining will be available. Booking is advisable, phone 087 4330089 for tickets.