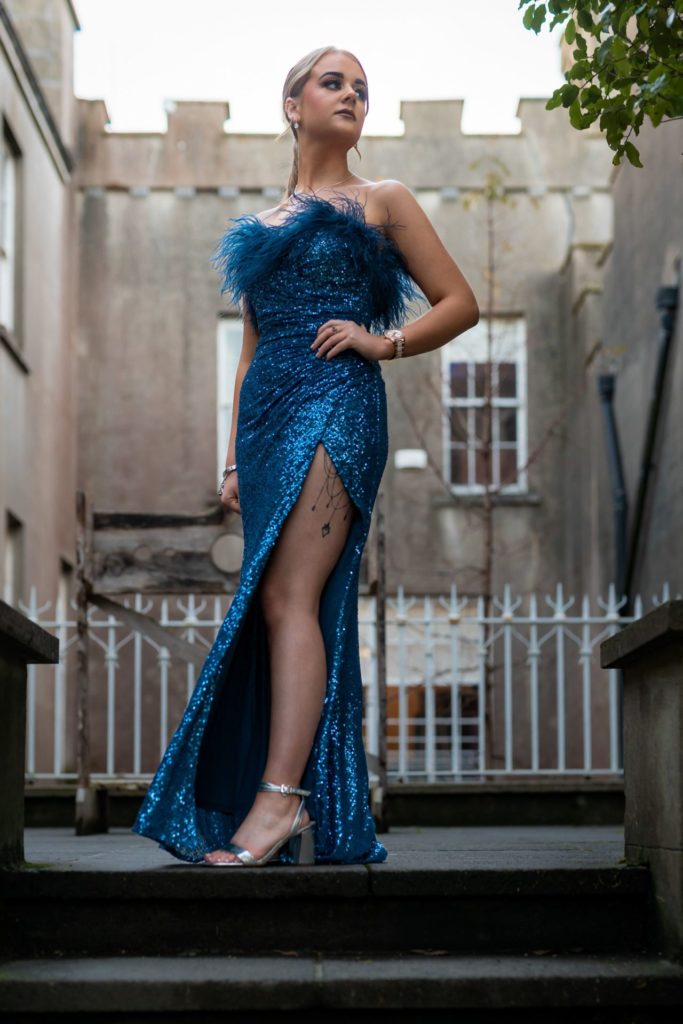 A STUNNING Carlow student has secured her place among Ireland’s best dressed debutantes for 2022.

Ciara O’Neill from Carraig Rua, Tullow Road, Carlow has this week been named in the top ten finalists of this year’s competition, emerging among the fairest of them all from over 200 debs nationwide.

Ciara (19) attended St Mary’s Academy CBS debs in Ardee last August with her friend Daniel Core. During the night, she was approached by DebsIreland.com, the people behind Ireland Best Dressed Debutante 2022, and told she was deemed the best dressed of the night.

“She told me I had won as the best dressed from the school. Then it went on from there and people voted and now I’m in the final,” Ciara explained. “It’s mad … I know no one else who got into it, so it’s a bit surreal really,” she smiled.

Ciara, a past pupil of Presentation College, Carlow is now studying early childhood and education at SETU in Waterford.

Ciara’s striking dress for the CBS debs was from Oh Hello Clothing by Cinderella Devine, while Caitriona Brennan looked after her make-up and Sandra’s Hair Studio, Carlow did her hair.

She’s now in with the chance of winning the title of ‘Ireland’s best dressed debutante,’ along with a year’s modelling contract with Assets Agency and a trip for two to Zante, Greece.

The winner of this year’s competition will be crowned on Tuesday and Ciara needs the support of the community in order to gain the title.

Ciara was invited to a photoshoot in Ardgillan Castle, Balbriggan, Co Dublin with all the finalists.

“All my family and friends have been voting and sharing it,” enthused Ciara, agreeing they are all “super proud.”

To vote for Ciara, go to debsireland.com webpage and cast your vote. The overall winner will be decided by one-third of online votes, one-third Assets Model Agency and one-third DEBSIreland.com.