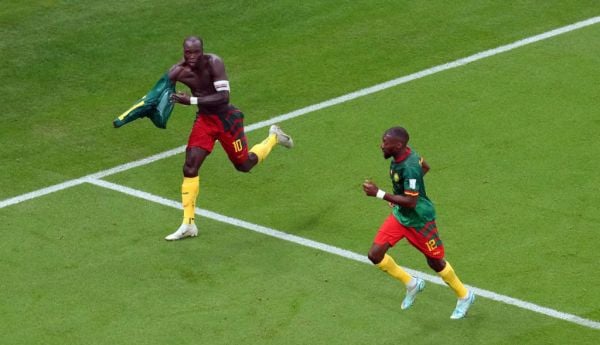 The World Cup group stage has thrown up its fair share of surprises in 2022.

Argentina, France, Spain, Portugal and Brazil all suffered defeats against lower-ranked opposition on the way to qualifying for the last 16, while Germany and Belgium exited the competition on the back of shock losses.

Is this unprecedented or simply the continuation of a trend?

Here, we compare group stage results in 2022 with the previous six World Cups contested by 32 teams.

This is the first World Cup since the expansion to 32 teams in which no team has qualified from the group stage with a 100 per cent record.

At least two sides have taken maximum points in each edition since 1998, with Uruguay, Croatia and Belgium doing so in 2018.

England are statistically the strongest qualifiers in Qatar, with seven points and nine goals scored compared with just two conceded.

Gareth Southgate’s side are one of just five teams to go through the group unbeaten, alongside the Netherlands, Morocco, Croatia and USA.

The number of undefeated qualifiers is down from nine in 2018 and the fewest in the 32-team era.

Twelve of the 48 group stage matches have been won by the team rated lower by FIFA, with 26 won by the higher-ranked side and the remaining 10 ending in a draw.

This is in line with the average across the past six World Cups.

However, the number of outright upsets – where a team defeats an opponent with a significantly higher ranking – has risen.

One in four matches (25 per cent) between nations separated by at least 20 places in the FIFA rankings have seen the underdog emerge victorious, up from nine per cent in 2014 and 18 per cent in 2018.

As a result of an increased number of shock results, the less-fancied sides have closed the gap on their top-ranked rivals.

Five teams ranked outside the world’s top 20 – Australia, Japan, Morocco, Poland and South Korea – have qualified for the round of 16 for the first time since 2010.

Meanwhile, seven nations with a ranking of 20 or under have crashed out of the competition, which is the most since the tournament was first contested by 32 teams.