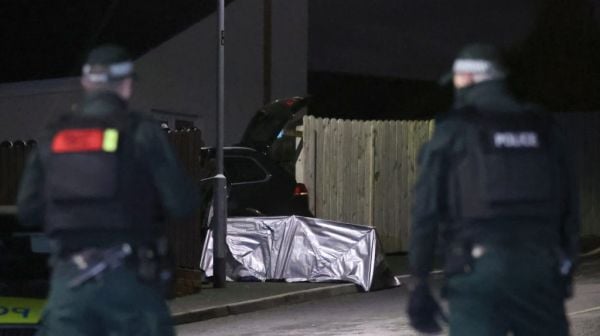 Police have named a man who was murdered in Co Down as Mark Lovell.

The 58-year-old was shot a number of times at close range, outside his home in the Ardcarn Park area of Newry shortly after 6pm on Thursday.

PSNI detectives have launched a murder investigation and are continuing to appeal for witnesses or anyone with information or footage to get in touch by calling 101, quoting reference 1600 01/12/22.

Police have previously said Mr Lovell may have been murdered as part of cross-border criminal gang drugs feud.

Speaking on Friday, Superintendent Norman Haslett said: “This was a brutal and a senseless attack on a defenceless man.

“We believe those responsible went to great lengths to plan this attack.

“They lay in wait for their victim to come home and they essentially ambushed him and executed him.

“The victim was a husband, he was a father and he was a son.

“He was shot multiple times at close range.”

Police also called for no retribution for the killing and said they would be stepping up patrols in the area where Mr Lovell was shot.