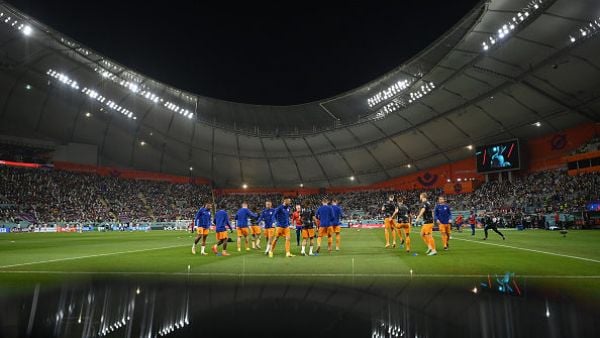 The World Cup’s knockout stages kick-off this afternoon with the USA looking to cause an upset against the Netherlands.

Chelsea forward Christian Pulisic has recovered from a pelvic injury and is set to start for the USA in the 3pm kick-off.

Argentina captain Leo Messi will make the 1,000th appearance of his career in their last-16 tie against Australia tonight.

Angel di Maria is a doubt for the South American champions with a thigh issue while Australia are playing just their second-ever knockout game.

There’s a top of the table clash in the United Rugby Championship this evening.

Leinster and Ulster will fine-tune their European Cup preparations with an inter-pro derby at the RDS.

Ulster captain Iain Henderson gets his first start of the campaign while Leinster wing James Lowe plays for the first time since Ireland’s tour of New Zealand.

Mack Hansen has recovered from a thigh injury to start for Connacht in their clash with Benetton at the Sportsground this afternoon.

Ireland’s men’s team have qualified for the final at the Dubai 7s where they’ll face South Africa at 3.30pm.

Ireland beat the USA 12-7 after extra-time in the semi-finals thanks to a try from Mark Roche.

It is Ireland’s first-time to reach the Cup decider at the tournament.

Ireland have booked their place in the final of the Men’s Nations Hockey Cup tournament.

Jeremy Duncan scored two goals and Ben Walker the other in a 3-nil victory against Malaysia.

Hosts South Africa will play South Korea in the other semi.

The self-titled Gypsy King has come out of retirement for the fight at the Tottenham Hotspur Stadium, after calling it a day following his stoppage of Dillian Whyte in April.

It’s the third time these two are meeting in the ring, with Fury having won both previous bouts.