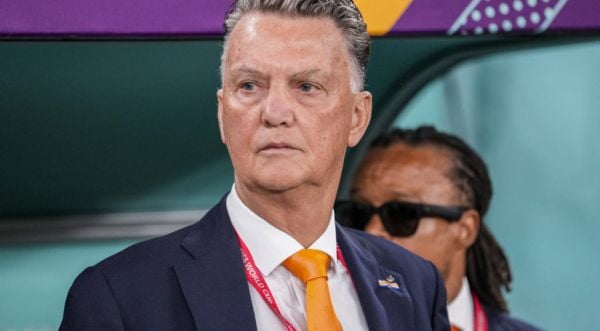 The dust has barely settled on a thrilling end to the group stage and the pressure is already ramping up with the start of the knockout phase.

The Netherlands and Argentina are the favourites against the United States and Australia respectively but in a tournament of shocks nothing can be ruled out.

In the final round of group matches there was a missed penalty, an added-time goal, tears, revenge (of sorts) and a red card for over-celebrating.

Uruguay, despite beating Ghana, went out due to South Korea’s 91st-minute winner against Portugal.

Cameroon recorded a famous victory over Brazil but still missed out on the last 16 as, for the first time in World Cup history, a nation from all six competing continents made it out of the group stage.

Here, the PA news agency takes a look at how Friday unfolded and what is in store as the knockout stage begins.

Netherlands coach Louis van Gaal has laughed off suggestions he might be interested in the Belgium job after Roberto Martinez’s decision to step down.

The 71-year-old, who has been heavily criticised in the Dutch media for his team’s perceived boring style, is paying no attention to speculation.

“We want to become world champions, so we’ve got another four matches ahead of us and then we’ll see if there are any offers on the table,” said Van Gaal, whose side face the United States in the first match of the last 16.

“If we become world champions, then, everybody is so opportunistic in this football world, there will be offers. I know that full well.

“But for the moment we are not world champions and if I was to believe the Dutch media, we never will be.”

Historic win not enough for Song

A story in four parts.

This #FIFAWorldCup Group Stage is providing drama right until the very end! pic.twitter.com/v7iviclvYH

Cameroon coach Rigobert Song admits he leaves Qatar with a feeling of regret despite an historic 1-0 victory over Brazil.

Captain Vincent Aboubakar scored a memorable winner in added time – and was then sent off after being shown a second yellow card for removing his shirt in celebration – as they became the first African team to beat the South Americans at a World Cup.

But it was not enough to secure progress to the last 16 for the first time in 32 years due to Switzerland’s win over Serbia.

“Today we did win the match but we are disappointed because we realise now we could have done better in this tournament,” said Song.

“I think we do have a feeling of regret but you need to look on the positive side and I am satisfied with tonight’s performance.

“I realise this was an historic victory now we have beaten Brazil so my players should be congratulated.”

Luis Suarez’s World Cup – likely to be his last – ended with the former Liverpool and Barcelona striker in tears on the bench as a 2-0 victory over Ghana was not enough for Uruguay to secure progress.

The veteran forward, 36 in January, had a hand in both first-half goals for Giorgian de Arrascaeta after the African nation – 12 years on from Asamoah Gyan missing a penalty which would have put them into a semi-final following a Suarez handball – had seen Sergio Rochet save Andre Ayew’s spot-kick.

But Hwang Hee-chan’s late winner sent South Korea through, with Uruguay and Ghana both left fruitlessly chasing the goals which would have turned things around again.

Boss Diego Alonso refused to blame his squad, saying: “I don’t have anything to say to my players because they broke their backs, they gave their best versions.

“I don’t want to use excuses but everyone can see what happened in the previous matches.

“I deeply regret we are out of the World Cup.”

For Ghana the satisfaction of denying their opponents the late goal which would have put them through – and so gaining a semblance of revenge for 2010 – was tempered by their own failure to sneak into the last 16.

“Football is beautiful, sometimes it is ugly. It is ugly for us today, there is no human being in the world who hasn’t missed a penalty,” said boss Otto Addo, the Borussia Dortmund talent coach who is now stepping down from his role with the national team.

Swiss roll into the knockout stage

Switzerland booked their spot in the last 16 after edging a heated contest with Serbia 3-2 at Stadium 974.

Dusan Vlahovic handed Serbia the lead after 35 minutes but saw it cancelled out by Breel Embolo, who sent the sides in level at the break.

It took Remo Freuler just three minutes after the restart to net the eventual winner and, despite chances for both sides, ensure Switzerland sealed second spot in Group G.

Other cameras may offer misleading images but on the evidence available, the whole of the ball was not out of play. pic.twitter.com/HKKEot0j1Y

FIFA insists Japan’s second goal in their shock World Cup victory over Spain was legitimate “on the evidence available”, and added some of the images shared online were “misleading”.

Ao Tanaka bundled home from close range to give Japan a 2-1 lead, but the goal was only given following a lengthy VAR review after it appeared the ball had gone out of play before Brighton’s Kaoru Mitoma cut it back from the byline.

The goal sparked huge debate and on Friday the game’s global governing body published two posts on its official Twitter account by way of clarification.

“The video match officials used the goal line camera images to check if the ball was still partially on the line or not,” the first read.

A second post added: “Other cameras may offer misleading images but on the evidence available, the whole of the ball was not out of play.”

Aussies to take attack to Argentina

🎶 with Souttar at the back, Leckie in attack all the way to Round of 16 🎶

Australia coach Graham Arnold has vowed his side will take on Argentina with “all guns blazing” in their World Cup last-16 showdown.

The Socceroos were surprise qualifiers from Group D, not least after losing their first match 4-1 against France.

“We respect Argentina, for sure, but we can’t focus solely on them.”