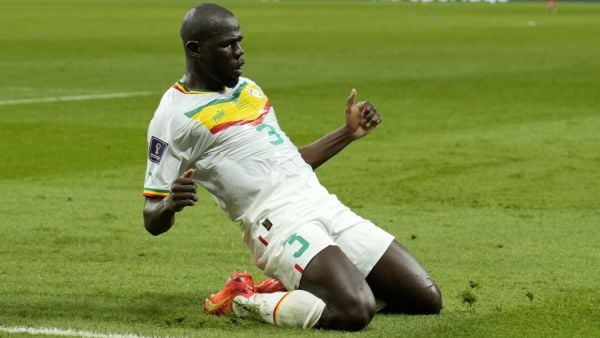 England take on Senegal in the round-of-16 on Sunday as they bid to reach the World Cup quarter-finals for the second successive tournament.

Gareth Southgate’s side finished top of Group B, but face a tough task against the reigning Africa Cup of Nations holders, who finished second in Group A behind the Netherlands.

World champions France take on Poland in Sunday’s other knockout match, while Argentina and the Netherlands booked their places in the last eight with wins against Australia and the USA respectively on Saturday.

Here, the PA news agency looks at what lies ahead on the second day of last-16 matches and how Saturday’s action unfolded.

England head coach Gareth Southgate is embracing the increased expectation as England begin the World Cup knockout phase on Sunday with a tough clash against Senegal.

All eyes will be on cavernous Al Bayt Stadium as the Group B winners play their first knockout match on the world stage since their agonising extra-time defeat to Croatia in the 2018 semi-finals.

“I guess the biggest thing is the expectation levels and the satisfaction levels,” Southgate said. “We have to take a step at a time, the same thing. We talked about that from the beginning of the tournament.

“Our first objective was to qualify from the group. We knew we had three games to do that. There was an awful lot of noise after our second, but we stayed calm and on track, and we’ve qualified as well as anybody else has.

“But we’re now on to the more important part of the competition and we’ve got to get this bit right as well.”

Senegal head coach Aliou Cisse could miss his side’s clash against England due to illness.

The 46-year-old former Birmingham and Portsmouth midfielder was missing from his media duties on Saturday, the day before the fixture against England in Al Khor, having also been unable to take training on Friday.

“He has been sick for a couple of days now,” said assistant coach Regis Bogaert, who replaced Cisse at the press conference. “He let us take charge of training yesterday, obviously with his instructions to the players.

“Hopefully tomorrow he will be able to come and be on the bench with the players but we are sure at 10pm he will be there with the team.

“I can confirm he is sick and has a bit of a temperature, that is why we have to be careful with his situation.”

Deschamps wary of another upset

The 2018 winners face Poland on Sunday in their last 16 clash having already lost 1-0 to Tunisia in the group stage.

Germany and Belgium suffered surprise early exits while Spain lost to Japan and Argentina were stunned by Saudi Arabia.

Deschamps said: “Will there be other surprises? I only believe what I see. Today, even a great nation, if she is not ready, can have unpleasant situations.

“All the games are difficult, last night too. All the teams are good and prepared. The players all play in good leagues.

“This team (Poland) has had to defend in the first three games, defend a lot, and they defend very well. They love it.”

Messi provided the first moment of quality to fashion Argentina’s breakthrough against a well-drilled Australia late in the first half, playing a one-two with Nicolas Otamendi on the edge of the penalty area before side-footing into the bottom corner.

It was Messi’s 789th career goal, his 94th in 169 senior appearances for his country and his first in the World Cup knockout stages.

Julian Alvarez pounced on an error by Australia goalkeeper Mat Ryan to put two-time world champions in full control early in the second half, but out of nowhere, Craig Goodwin’s deflected shot threw Australia a lifeline.

Netherlands became the first team through to the World Cup quarter-finals with an entertaining 3-1 victory over the USA.

Memphis Depay finished off a superb move to open the scoring in the 10th minute and Daley Blind made it two at Khalifa International Stadium just before half-time.

The US threatened a comeback when Haji Wright pulled one back in the 76th minute but Denzel Dumfries ensured it was the Dutch that progressed to the last eight with their third five minutes later.

Van Gaal’s side have been heavily criticised in the Dutch media for being boring but they provided one of the best moves of the tournament for their first goal, passing their way through their opponents before Dumfries cut the ball back for the onrushing Depay to sweep the ball into the bottom corner.