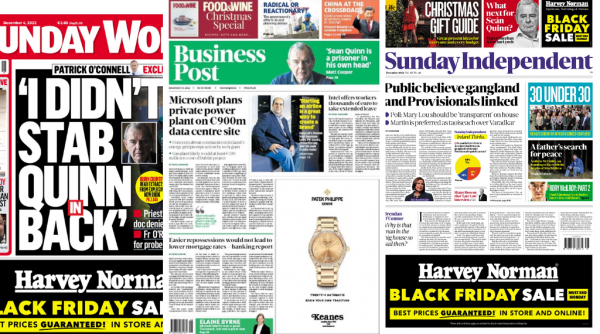 Seán Quinn speaks out after the Quinn Country documentary, Microsoft’s plan for a power plant on a €900 data centre site and the latest Ireland Thinks survey — here’s a look at Sunday’s front pages.

The Sunday Independent leads with the results of a new Ireland Thinks poll: the headline reads, “Public believe gangland and Provisionals are linked.” Another poll results reveal that more people want Micheál Martin to stay in the job of Taoiseach, rather than have Leo Varadkar take over the office later this month. 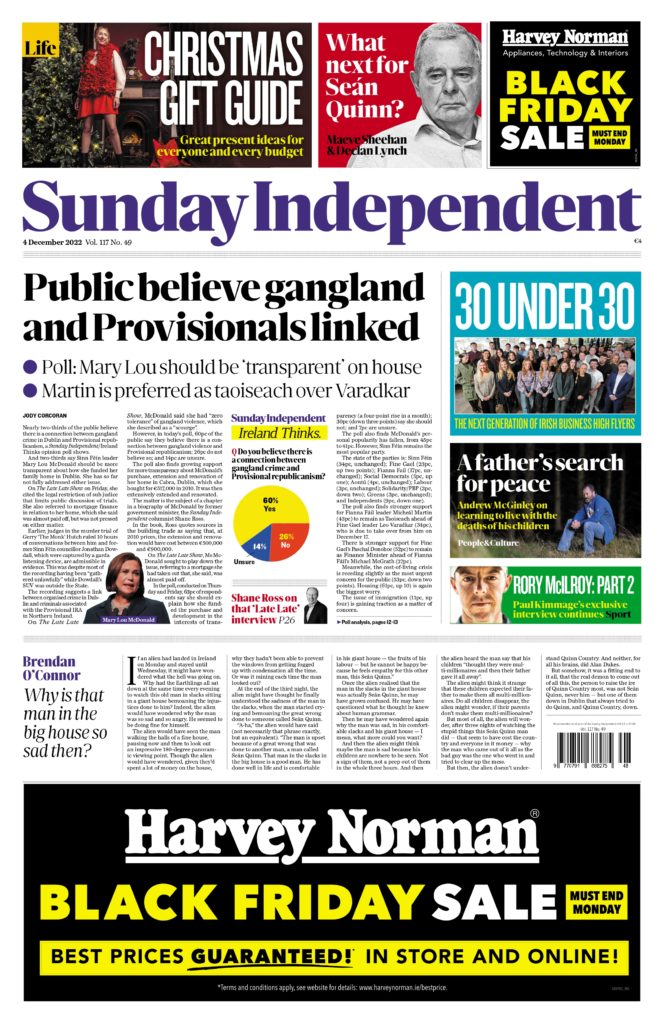 In the Business Post, Donal MacNamee reports that Microsoft are planning to build a large-scale gas power plant as part of a €900 million data centre in Dublin, due to concerns over the constraints on Ireland’s energy grid.

Tomorrow’s front page. Pick up a copy in stores or subscribe at https://t.co/u5ystSGUtr

The Ireland edition of The Sunday Times carries a Seán Quinn exclusive: the former billionaire tells John Mooney that he knows the identities of the arsonists who targeted his businesses after they were seized by the banks.

The Sunday Times’ frontpage: Sean Quinn interview post RTE doc: “I know who did it”
-An exclusive @ST_Ireland investigation into plastic surgery in Turkey
– The wonderful @HadleyFreeman on the new fight for feminism; Home cover star former Miss Ireland @Pamela_Uba
And much more pic.twitter.com/znKq9lHc43

In the Sunday World: Fr Oliver O’Reilly, Ballyconnell parish priest, denies that he stabbed Seán Quinn in the back following comments he made during a sermon regarding the vicious attack of Kevin Lunney in 2019. 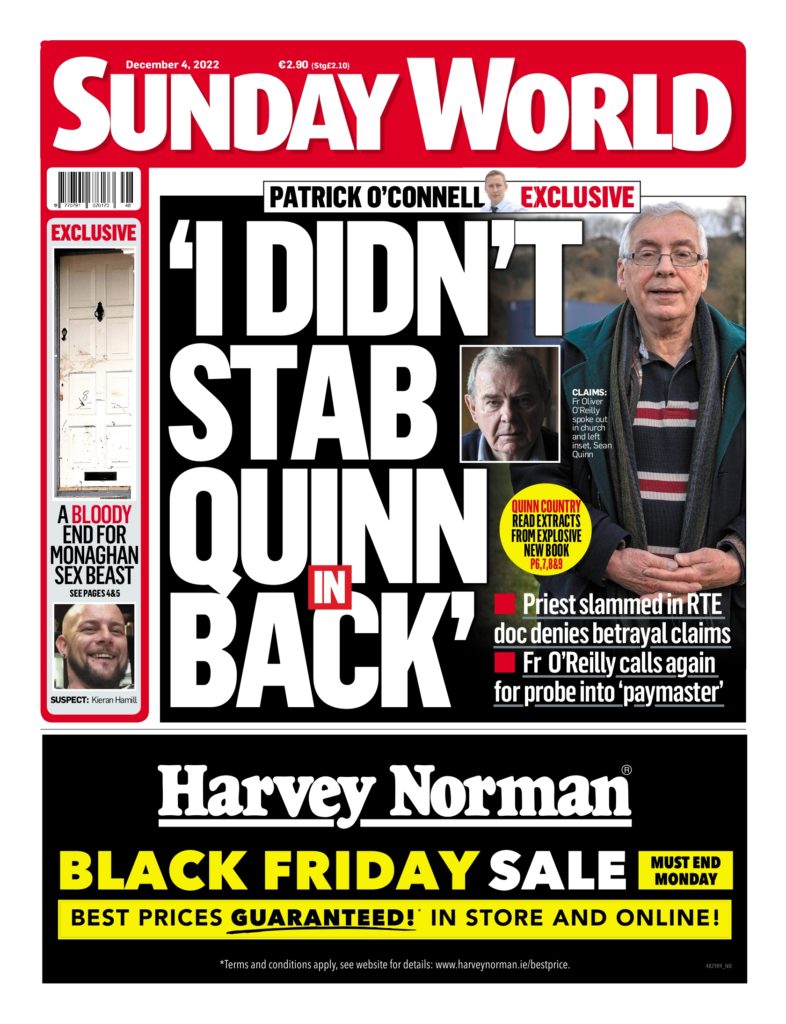 The Irish Mail on Sunday also leads with comments from Fr O’Reilly of Ballyconnell.

Murder on the dancefloor: The Irish Sun covers Dr Marie Cassidy’s announcement that she will join January’s Dancing with the Stars line-up.

In the UK, the papers take a look at royal dramas, nurses strikes and the migrant crisis.

Reported tensions on the eve of the the Duke and Duchess of Sussex’s new Netflix series are front page of the Daily Mirror, The Sun and the Sunday Express.

The Observer and The Daily Telegraph report on the nurses’ ongoing industrial dispute.

SUNDAY TELEGRAPH: Pharmacies drafted in to break NHS strike / ⁦@vicderbyshire⁩ – the taboo I had to break #TomorrowsPapersToday pic.twitter.com/o1krT9kYEX

The Government has yet to begin construction on buildings promised to house migrants, with ministers “stalling” on the plan to end the use of hotels, according to The Independent.

The Sunday Times adds the Tories are planning “tough new laws” for asylum seekers that would remove the right to stay from anyone who arrives illegally.

Sunday People and the Daily Star Sunday lead on England’s game against Senegal tonight at the World Cup.