Paschal Donohoe is re-elected as head of Eurogroup 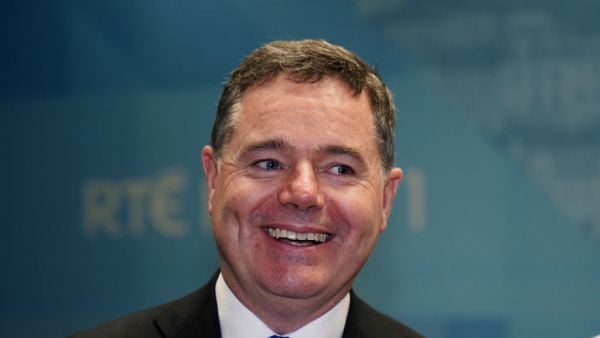 Paschal Donohoe has said he feels “enormously privileged” after being re-elected as Eurogroup president.

The Fine Gael TD’s unopposed run for a second term heading up the gathering of euro-using countries’ finance ministers comes ahead of an unusual Cabinet reshuffle in less than two weeks’ time.

Under the coalition government’s arrangement, struck in the summer of 2020, Taoiseach Micheál Martin and deputy leader Leo Varadkar will swap roles on Saturday, December 17th.

A reshuffle of other ministers is also expected, including Mr Donohoe handing over the Finance Minister role to his Fianna Fáil colleague Michael McGrath.

The reshuffle offers the Fianna Fáil and Fine Gael parties a chance to freshen up the government as it comes under pressure over the long-running housing crisis, particularly over record-high rents, house prices and homeless figures.

There had been some wrangling in the coalition government over whether Mr Donohoe would retain the nomination for the EU title when the rotation happens and Mr Donohoe holds the Public Expenditure portfolio.

Mr McGrath had also said previously that not having Ireland’s finance minister at the Eurogroup would represent “a significant diminution” of the ministry.

After the government announced last month that Mr Donohoe would be Ireland’s nominee for the role, Mr McGrath said that he supported his re-election bid, saying he had done “an exceptionally good job”.

After the mid-December rotation, Mr Donohoe is expected to head up the Eurogroup gatherings as Minister for Public Expenditure, while Mr McGrath will also attend the summits and represent Ireland as Minister for Finance.

Mr Donohoe’s election comes after a vote at the Eurogroup meeting on Monday, which was mostly procedural as he was the only candidate.

Reacting to his re-election, Mr Donohoe said: “I am enormously privileged that my colleagues have entrusted me with a second term working on their behalf.

“My first priority, is to deliver tangible results from our policy coordination to allow us to overcome the challenges that we are facing, and to pursue the great opportunities that await the euro and the people of Europe.”