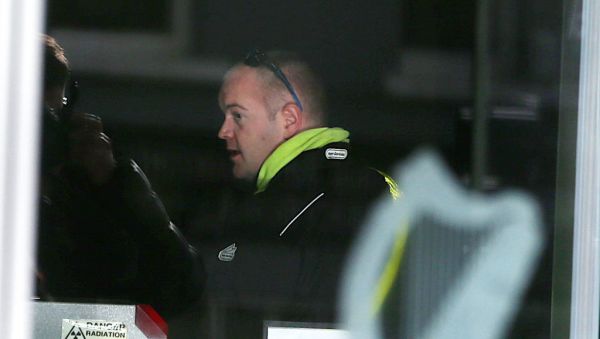 Two gardaí will face trial next year accused of false imprisonment of a youth who was allegedly punched, grabbed in a bear hug and held by the throat at a Dublin station.

Stephen Conran, 39, and Damian Kirwan, 55, were charged last month with false imprisonment of the male on April 20th, 2021, at Sundrive Road Garda station.

Damian Kirwan has an additional charge for assault causing harm to the youth on the same date.

They contest the charges and appeared again at Dublin District Court on Monday for the hearing date to be allocated.

Judge John Hughes told them the case would proceed on May 18th.

Earlier, Detective Superintendent Columbanus O’Malley said they “made no reply” to the charges.

The DPP directed summary disposal, meaning the case should stay in the District Court and not go to the Circuit Court, which has wider sentencing powers.

Detective Superintendent O’Malley said the alleged injured party attended the garda station at 9.20 am on the date of the alleged incident.

The court heard he engaged with Garda Conran, and then there was an interaction between Garda Conran and Kirwan “as a result of some concerns”.

It was alleged Kirwan joined Conran in a verbal exchange.

Detective Superintendent O’Malley said Kirwan asserted he had concerns that the injured party may be carrying a weapon, and he went out to address that; Conran immediately followed him.

It was alleged the injured party was falsely imprisoned for five minutes and assaulted by Kirwan with up to five punches.

Detective Superintendent O’Malley alleged the whole incident was on CCTV.

The court heard the complainant suffered superficial injuries, bleeding from the nose and mouth.

In relation to the false imprisonment charge, the court it would be claimed the male was “grabbed” by Conran from behind, “allegedly in a bear hug by the chest area”, and by the throat area by Kirwan.

The court had ordered the prosecution to disclose evidence, including the CCTV footage, to the defence.

Their solicitors, Dara Robinson and Damien Coffey, said the case would take a day. The District Court has accepted jurisdiction for the proceedings.