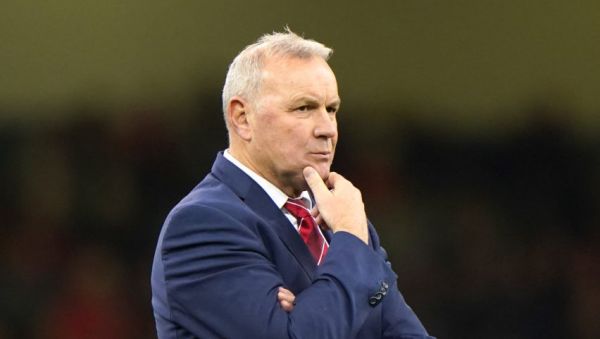 His job is on the line following a dismal Autumn Nations Series campaign when Wales lost to Georgia and Australia, blowing a 34-13 lead against the Wallabies.

Warren Gatland remains the frontrunner to coach Wales in this season’s Six Nations Championship and World Cup if Welsh rugby chiefs decide that Pivac should be replaced.

Gatland, who Pivac succeeded as Wales boss after the 2019 World Cup, could potentially step in as interim head coach on a 12-month contract, although Gatland has also been linked with England’s top job amid the Rugby Football Union reviewing Eddie Jones’ position.

An ongoing Welsh Rugby Union review into the autumn series could be completed by Tuesday, the PA news agency understands.

And a decision on whether Pivac stays or goes will be the headline finding of a campaign review the WRU said would be done “in its entirety and in detail”.

Wales have lost 20 of their 34 Tests under Pivac – including eight defeats this year – won 13 and drawn one.

Speculation about his role continues against a backdrop of considerable financial uncertainty in Welsh professional rugby.

No future funding agreement between the WRU and Wales’ four regional teams – Cardiff, Dragons, Scarlets and Ospreys – has yet been thrashed out.

There is currently a freeze on contract negotiations, leading to considerable uncertainty, with Dragons lock Will Rowlands – a key Wales performer during Pivac’s time in charge – reportedly agreeing a deal that would see him join French heavyweights Racing 92.

The situation has prompted a strong reaction from the Welsh Rugby Players’ Association, with increasing anxiety surrounding the lack of a long-term finance model for Wales’ professional regions.

“The ongoing delay is having a detrimental effect on the well-being of players, and potentially the performances, across the regions,” the WRPA said, in a statement.

“The players from all four regions are united in one voice to call for the immediate resolution to the impasse. Our members can’t continue to play with the fear of the unknown hanging over them.

“Several players are out of contract at the end of June 2023, and with an embargo on contract negotiations these members are unable to discuss, let alone secure future employment beyond the next six months.

“Not knowing if they have a job – and thus an income to pay mortgages and bills – is a weighty situation to be carrying on a day-to-day basis, and onto the field.

“As an Association, our role is to represent and support our members, with player welfare of utmost priority.

“Daily discussions on this matter are taking place in all four regions, and as time goes on we are becoming increasingly concerned for the welfare and mental well-being of our members.

“For the sanity and health of our members, the delay cannot go on any longer. An agreement needs to be concluded by the Union (WRU) and four regions imminently.”