Irishman arrested after body parts found in suitcase in Barcelona 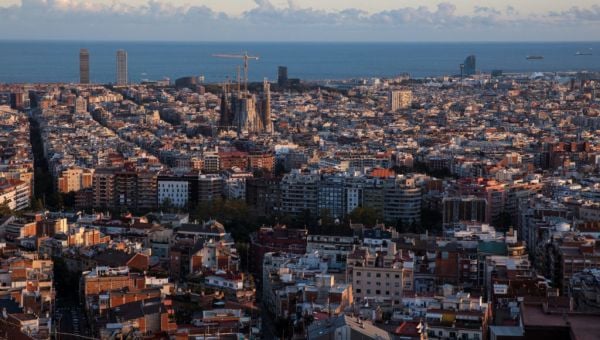 An Irishman has been arrested following the discovery of part of a man’s body inside a suitcase in a street rubbish container in Barcelona.

The 51-year-old was held along with a second man described as a Ukrainian in connection with the gruesome find.

The unnamed Irishman has been remanded in prison on suspicion of homicide after appearing before a judge in a closed court hearing, it emerged on Tuesday.

The second man has been released on bail.

Court sources confirmed the suspect remanded in jail was Irish.

The victim is a German man who police have been able to identify, although they are still awaiting the results of DNA tests before they can be 100 per cent certain of his identity. He is understood to have been renting rooms to the two men held by police.

Only his torso was found inside the suitcase in a rubbish container in the centre of Barcelona near to the apartment, on the corners of a street called Avenida Roma and another called Calle Casanova.

Council workers raised the alarm around 11am last Tuesday after a scrap dealer came across the torso while sifting through rubbish in the container.

The scrap dealer, named locally as Chiprian, told local media after making the gruesome discovery: “My work involves going through the rubbish and when I saw the black case I thought I had found something good.

“When I opened it up to see what was inside I was hit by a terrible smell which at first I thought was rotting meat a bar had thrown out or remains of food.

“It was only when I pushed the zip back a bit further I saw it was a body without the hands, feet or head.

“I informed a kiosk owner I know who was in the area and told him to look inside as well and he thought at first it was a mannequin.”

Local reports at the time pointed to the victim having been killed shortly before the gruesome find.

The apartment where the Irish suspect was living is a large eight-storey block near to the rubbish container where most residents are tenants.

One neighbour told respected Spanish daily El Pais: “People were going in and out of the flat all the time. We were never really sure who lived there.”

Police made the gruesome discovery last Tuesday, but the suspects were not taken to court until Monday following their arrests on Friday and Saturday.

Detectives are said to have discovered the victim’s blood at the flat during a search as well as evidence pointing towards him being dismembered at the address.

The regional Mossos d’Esquadra police in Barcelona said in a statement confirming the two arrests before the men went to court, and it emerged one was an Irish national: “Mossos officers from Barcelona’s Criminal Investigation Division have arrested two men aged 31 and 51 in relation to the discovery of some human remains inside a rubbish container on November 29 on the corners of Casanova Street and Rome Avenue.

“As part of the investigation a home in the city of Barcelona was located where possible evidence linking it to a violent death was found.

“The two detainees have been handed over to a judge for further questioning.”

The victim’s torso is the only part of his body found so far. He has been named as Alex.

One of the two men was held late on Friday and the other the following day, with local reports saying he was arrested at a bar terrace after fleeing the property where the German is believed to have been killed and his body dismembered.

It is understood the Ukrainian man was released on bail because police reached the conclusion he was not at the flat when the victim met his death and had only been living there for a short period of time.

CCTV cameras are said to have played a vital role in the arrest of the Irishman, who reportedly has previous for violent offences.

It was not immediately clear how long he had been living in Spain and what the motive for the killing could have been.