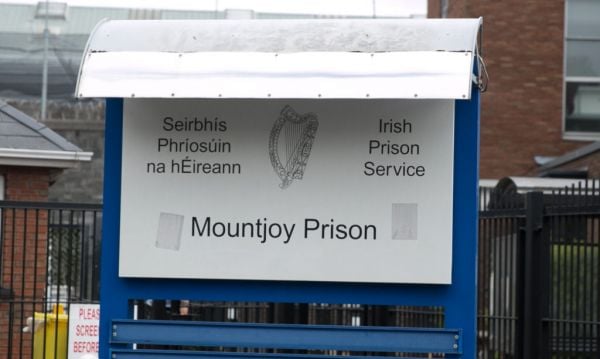 Prisoner Trevor Corr (41) was found dead in his cell by two inmate friends who raised the alarm.

Mr Corr, a convicted murderer, was serving a jail sentence in Mountjoy Prison for the fatal stabbing of a man he found sleeping on his bed.

He was found guilty by unanimous verdict at the Central Criminal Court on December 21st, 2015.

Mr Corr was on the progression unit for ‘enhanced prisoners’ at Mountjoy, meaning ‘their behaviour is better,’ Prison Officer Anthony Gavigan told the inquest.

Inmate and friend of the deceased Elliott Kidd entered Mr Corr’s cell, on the C landing, just before 9.50am on January 10th, 2018. He said it was unusual for Mr Corr to sleep late.

“I pulled back the covers and shook him. I checked his eyes. He was cold and hard. I saw vomit around his mouth. I started screaming for help,” Mr Kidd said.

“I followed him in. I knew he was dead straight away. He was freezing cold,” Mr Colohan said. He shouted down to the mess hall to alert staff. “I said, ‘There’s a man dead here’,” the former inmate told Dublin District Coroner’s Court.

“I just walked away back to my cell… I was annoyed nobody found him before we did,” he said.

Both Kidd and Colohan have since been released from prison.

Dinner had been served at 4.15pm the previous day and inmates bring their food back to their cells to eat. There were three night guards and a nurse officer on duty overnight and multiple cell checks took place during the night.

Cell checks involve opening the hatch on a prison cell door and turning on the light. None of the prison officers noticed anything unusual overnight.

Prison Officer Stephen Byrne unlocked all cells on the landing at 8.15am on the morning of January 10th, 2018.

“I open each door and ask do they want breakfast,” he said. At Mr Corr’s cell, he said ‘nothing looked untoward.’

He returned again to the landing at 9.20am.

The Coroner asked if he entered Mr Corr’s cell at this point.

“Did you go in? Did you seek to get any response?”

The prison officer replied no.

Governor Richard Bruce responded to a shout from up on the landing that a prisoner was dead shortly before 10am.

“I was first in the door, he was stiff as a board,” he said.

At 9.50am a code red was issued and the prison landing was immediately locked down, the inquest heard.

Medics were called and arrived to Mr Corr’s cell at 10.05am.

Nurse Officer Keith O’Dowd said he responded to the prison code red call. He confirmed the prisoner was unresponsive and rigour mortis had set in.