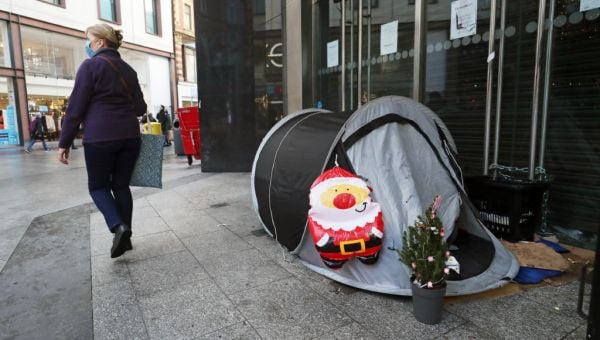 An extra 20,000 housing units could be made available “if the political will was there”, homelessness campaigner Fr Peter McVerry has said.

It was only right that the State should open its doors to people fleeing war in Ukraine, he told Newstalk Breakfast, adding these people are fleeing war and had suffered far more than people who were homeless in Ireland.

Fr McVerry said he has heard a lot of criticism that the Government should “look after our own first”, but he stressed that officials could do their best for both “if they put their minds to it”.

There were measures which could be taken, he said, and a further 20,000 units beyond current targets could be provided if the political will was there, he said.

Fr McVerry also acknowledged there will be sufficient emergency accommodation to meet demand during the cold weather conditions this week after the Dublin Regional Homeless Executive said it expects there will be enough emergency beds in the capital to meet demand as temperatures are forecast to drop to -6 degrees.

Fold up beds would be erected in common areas leading to extra pressure, but at least people would have a place to stay warm, Fr McVerry said.

“It’s an unsatisfactory solution, but a necessary one in the short term.”

Fr McVerry added it was a solution that would work for the coming week, but said there needs to be a change in attitude towards homeless people.

The majority of homeless people did not have addiction issues, they had been evicted, he explained.

There was a need to respect the dignity of homeless people and to provide appropriate accommodation, such as their own room or their own lockable container for the safe storage of their belongings.

“If we acknowledge the dignity of homeless people that will make a huge difference.”

Fr McVerry also rejected a suggestion that there is a duplication of services among the various charities.

There is a homelessness crisis, he said, and now was not the time to be looking at rationalising services. “That would be a waste of time.”