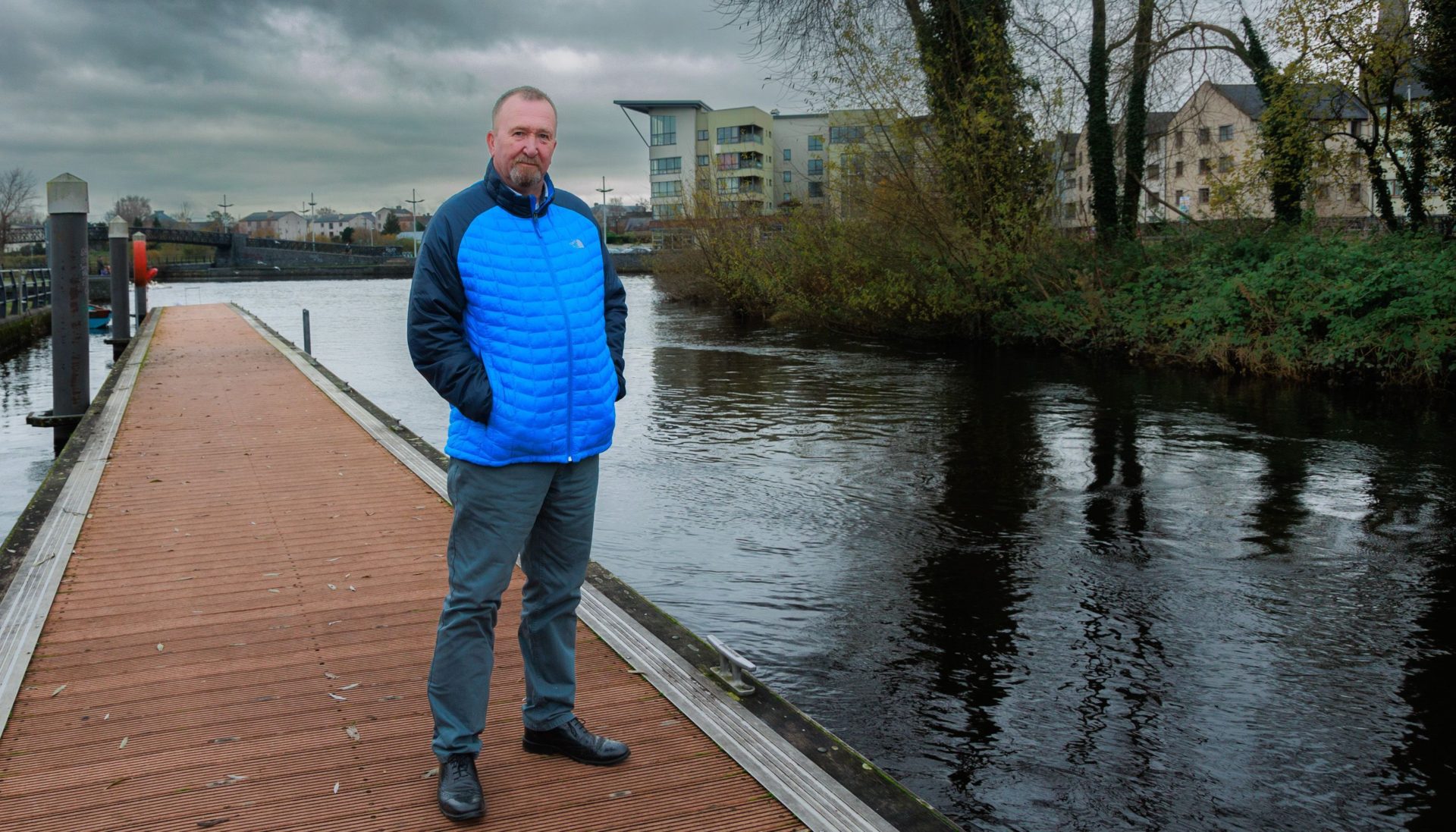 Jerry Brennan is deeply disappointed that he can’t go ahead with this year’s Christmas swim
Photo: michaelorourkephotography.ie

THE organiser of a much-loved festive event is devastated after he had to cancel the Christmas Day charity swim for the first time ever.

Jerry Brennan has organised the festive plunge every year for the past 16 years and has raised approximately €200,000 for Crumlin Children’s Hospital, but this year he’s pulled the plug on the event amid concerns on health and safety grounds.

The event was never covered by insurance, and this year Jerry was advised not to go ahead without it. He decided that it was too risky to continue organising the Christmas Day swim because if someone had an accident during the event, the responsibility – and whatever damages it might incur – would fall on him.

“It was always in the back of my head, ‘what if something happened?’ I’m absolutely devastated; it was what I looked forward to every Christmas. I’ve people ringing me about it, asking about it, but I just can’t take the gamble on someone getting hurt,” Jerry told ***The Nationalist***.

The Carlow man didn’t even look for insurance coverage because he reckoned that even if he did manage to find a company that would insure the event, it would be so expensive that it would be cost-prohibitive. He was also advised that disclaimers signed by participants wouldn’t be worth the paper they were written on.

The Christmas swim at Carlow Town Park has long been a tradition for families in the area. On 25 December, hardy souls would strip off and, without a wet suit in sight, would plunge into the River Barrow. Hail, rain or snow, nothing would stop the swimmers as they dived into the cold and rapid waters of the Barrow.

Over the 16 years, Jerry and his crew have raised over €200,000 in sponsorship for Our Lady’s Hospital for Sick Children in Crumlin. Wards such as St Peter’s and Nazareth, the neo-natal unit and the surgical wards have benefited from Carlow people’s generosity, while money was also used to create an outdoor play area in the hospital for the burn victims on St Anne’s Ward.

He first started the Christmas Day plunge 16 years ago when he and 12 friends jumped into the River Barrow to raise money for Crumlin hospital. Since then, it has grown and became a fixture on many people’s festive calendar. They enjoyed the banter and the thrill, as well as the welcome hot drinks afterwards. The event would not have been possible without a crew of people whom Jerry would like to thank. They include Paul and Ollie ‘Racey’ Byrne and all at Carlow Sub Aqua Club, as well as Jim Hanley and his volunteers from the Order of Malta.

He would also like to thank Seamus Mealey from the sub aqua club who checked the river for hidden dangers ahead of the swim and who stayed in the water for the duration of the event every year.

“Seamus was always first in and last out, checking the water conditions and making sure that no-one got swept away. Without all of these people, the swim couldn’t take place,” Jerry smiled.

“Also, thanks to my wife Ann and my family for putting up with me every Christmas, and to all the swimmers and those who donated over the years. Thanks so much.”