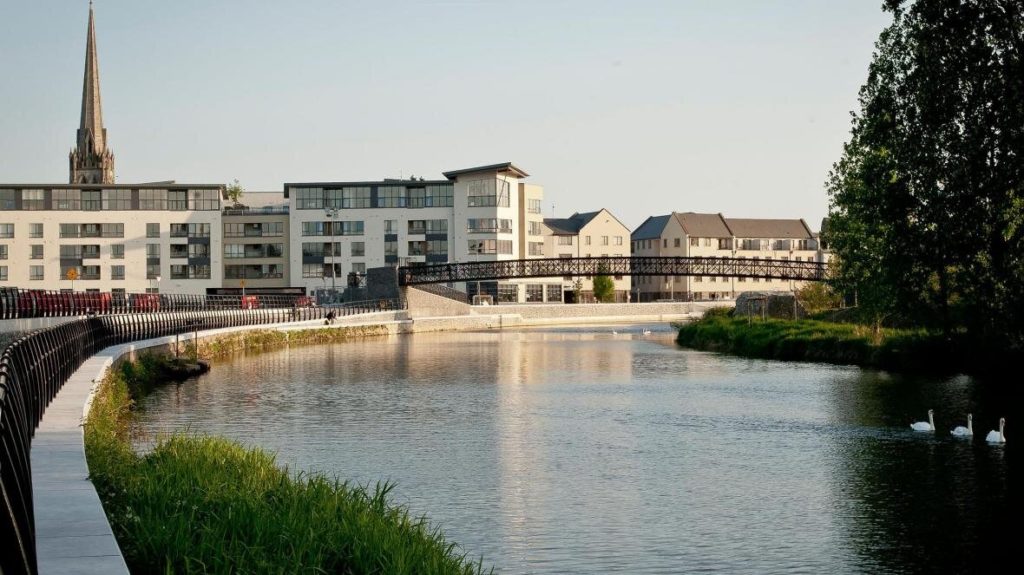 A SERIES of upgrading works on footpaths, roads and junctions throughout Carlow town is planned for January.

At a recent meeting of Carlow municipal district, area engineer Barry Knowles outlined plans for a number of areas, including streetscape improvement works at Pollerton Road.

Mr Knowles stated that this work would include the construction of the first bioswales area in Carlow town, along with a biodiversity planting scheme for bioswales, the upgrading of the existing footpath and installation of a new uncontrolled crossing at Pollerton Road/Green Lane junction.

Bioswales are channels designed to concentrate and convey stormwater runoff while removing debris and pollution.

Drainage improvement works at Browneshill Link Road/Hacketstown Road junction is also to begin this month. A contractor has also been appointed for the extension of the new Barrow Track permeability link, to begin in early January.

Cllr Fergal Browne welcomed the work in Bennekerry, while cllr John Cassin remarked that it was nice to see the town looking so well.

However, cllr Cassin questioned the number of places prone to sudden flooding and “lots of water accumulation,” naming Carpenter Way as an example of this.

Cllr Adrienne Wallace also asked about flashing flooding, citing a recent case in Pembroke and also asked for an update on flooding issues on the Kilkenny Road.

Cllr Tom O’Neill asked about the possibility of resurfacing works at Staplestown Road, adding that the road there was “in a bad way,” while cllr Andrea Dalton asked about weeds and grass growing in concreted areas and asked if there were plans to address this.

Mr Knowles stated that the flooding at Pembroke was a matter for Irish Water, however, he noted that Carlow MD did respond quickly to the situation and assisted in the clean-up.

He noted that over September/October, 30mm of rainfall was experienced at a time when there were a large number of leaves causing issues with gullies and so on.

“When you have a battle with gullies you will have surface water build-up,” he said.

Mr Knowles confirmed that a new pump has been installed at Carpenter Way, while the council is looking at flooding experienced on the Hacketstown Road.

In relation the Kilkenny Road, Mr Knowles stated that there is an issue with trees and roots on existing footpaths and surface water from SETU to Munnelly’s garage.

He said the local authority was responding reactively to any flooding issues, but accepted that a solution would have to be found.

Mr Knowles stated that the road surface at Staplestown Road is not a permanent one, while a contractor for weeds maintenance had been appointed and “hopefully will alleviate that” while looking at options without the use of pesticides.