CARLOW darts star, Steve Lennon has missed out on qualification for the World Championships and his season has come to an end. It’s been a tough season for Lennon after he plummeted to 53rd in the world rankings. It’s the first time since Lennon got his tour card that he’s missing out on the season ending tournament at Alexandra Palace. Having failed to qualify automatically through the Pro Tour Order of Merit, he had to earn his spot through the qualifiers. Having got through the first couple of rounds unscathed, Lennon faced Jeff Smith in the second to last round and lost 6-5, unable to break his opponent at all.

Lennon said it was tough missing out. 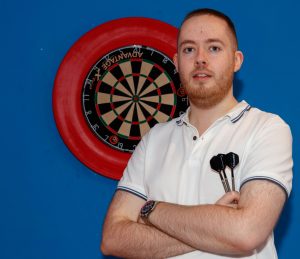 “Yeah I’m absolutely gutted. It’s my first time to miss out on the world championships since turning professional so it’s a bit disheartening. It has been a tough year. Strange year as I felt I’ve played much better this year than I have in the last year or so but I’m getting no reward for it. It is quite frustrating, my form is only starting now and I feel I’m playing some of my best darts. It’s a pity the season has ended early for me. I gave this season my best and unfortunately it wasn’t to be. I have to just take the positives which even though it may not seem like it there was a lot of and i need to carry this form into next season. If I can do that then I should be able to start off well and hopefully have a much better year on the rankings than I did this year. My head is in a good space as well even though I missed out on the worlds so also I just need to keep the mindset I have and not get complacent as my practice routine and all at the minute is working well for me.”

Lennon is also at risk of missing out on the World Cup of Darts next year too with Keane Barry having overtaken him in the rankings. However, he said he’s not worried about that at all. “To be honest that’s the least of my worries. Of course it’s brilliant getting to represent your country in the world Cup but it’s not a ranked TV event so it’ll have no impact on the order of merit rankings which is more important in the long run. If it happens then there’s nothing I can do but try a