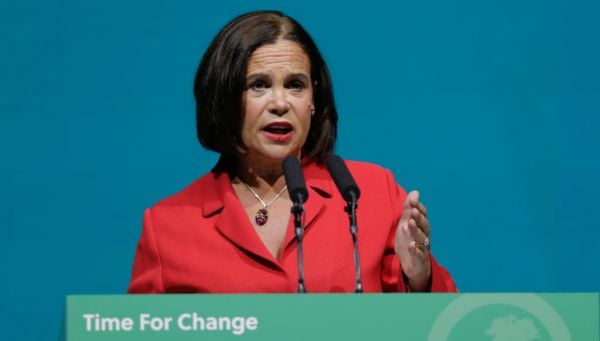 The opposition has called for more time to debate a Bill being fast-tracked through the Oireachtas in memory of campaigner Vicky Phelan.

The Government has prioritised the Bill to be passed before the end of the Dáil term – but the opposition wants to make sure it is right before it becomes law.

It deals with the complex issue of mandatory open disclosure – a legal obligation on clinicians and healthcare providers to tell patients if something has gone wrong.

She said mandatory disclosure – a duty of candour – was one of Ms Phelan’s core demands – that women who took part in the CervicalCheck screening programme would be told if there had been a discordant, erroneous or incorrect reading of their smear slides.

“There was consensus in the Oireachtas that the original legislation, the Patient Safety Bill, didn’t provide for that demand,” she said.

Three weeks ago, after Ms Phelan died of cervical cancer, Taoiseach Micheál Martin committed to amending the legislation and passing it before Christmas.

But Ms McDonald said: “We have a problem in that the amendment proposed by Minister (for Health Stephen) Donnelly does not provide for that mandatory disclosure.

“There is provision for a right to review provided to a woman – and let me say that’s a welcome thing – but there is a distinction between a right to a review and a positive obligation on a clinician or a health service provider to reveal, to pass on information.”

Ms McDonald also raised concerns about there being no legal obligation for a woman to be told she has a right to a review once diagnosed, and that in the case of a review of cervical smear slides, she expressed concern laboratories would decide the scope and the shape of the reviews.

“I believe that there are still serious flaws in the legislation,” she said.

“I don’t believe that the amendments that the minister has proposed address those flaws. But above all else, there is no way the two hours today is sufficient time for us to tease our way through this legislation to get it right.

“I don’t believe either, Taoiseach, that the house should be divided on this matter.”

Responding, Mr Martin said the legislation is “in line” with a report on cancers diagnosed between smear exams, compiled by the expert reference group and published in October 2020.

“It recommended essentially that CervicalCheck should establish a process to conduct patient-requested reviews of all invasive cancers and establish the standard operating procedure for this purpose.”

“Patient-requested reviews should only be undertaken following receipt of written consent from the patient,” Mr Martin said, reading from that report.

“So, essentially, persons presenting for screening would be advised that they may seek a review of their case files in the event of an interval cancer arising between the first screening and the second screening.

“The Bill is now saying there is a mandatory obligation to disclose to every patient who seeks such a review of their files and that the files will be made available to the patient.”

“There are serious matters still in this legislation that need to be teased through to ensure that we get it right,” she said.

“We waited for four-and-a-half years for this legislation, a couple more hours is required to make sure that we get it right.”

Vicky Phelan died three weeks ago. She spent her final years fighting for change and accountability, including mandatory disclosure: a legal obligation on healthcare providers to tell a woman if there had been a misreading of their cervical check slide. This must be provided for pic.twitter.com/t7yZiNKVUu

Mr Martin said the whips will discuss if more time will be allocated to debate the Bill next week, in what was a more conciliatory exchange between him and Ms McDonald.

“But it’s imperative I think now that we get this through as we all collectively committed to,” he said.

“But remember, what’s in the amendment is not being rushed. It’s the outcome of a very considered analysis of this by the expert group back in 2020.”

The Dáil rises for its Christmas recess on Thursday, December 15th and is not due to return until January 18th.