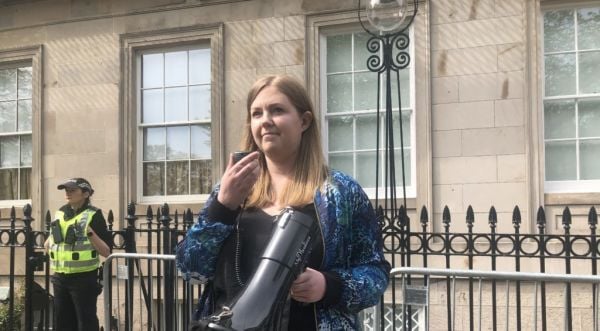 A Scottish Green MSP who proposed the implementation of buffer zones around abortion clinics has welcomed a judgment allowing similar legislation in Northern Ireland.

The UK Supreme Court ruled on Wednesday the Abortion (Safe Access Zones) (Northern Ireland) Bill was within the legislative competence of Stormont, making passage of a similar law in Scotland potentially easier.

Judgment has been handed down this morning in the case UKSC 2022/0077 – Reference by the Attorney General for Northern Ireland – Abortion Services (Safe Access Zones) (Northern Ireland) Bill https://t.co/zCjtwJL3Tq pic.twitter.com/nKV0Mqi6k5

While the Scottish Government has backed the principles of the legislation, there were concerns about its legalities and how it would impact on free speech.

After the judgment was handed down, Ms Mackay said: “This is a very welcome decision, and a truly historic day for reproductive rights. It will provide vital and much-needed protections.

“Abortion rights are healthcare, and this sets a crucial precedent for the introduction of my Bill to introduce buffer zones in Scotland.

“The 12,000 responses that I received for my consultation show the strength of feeling. All over the world, anti-choice activists are trying to crack down on abortion rights.

“We can’t stand still, and must always be looking to entrench and expand those rights.

“Nobody should be obstructed or harassed when accessing healthcare yet, all across Scotland, people are being forced to endure a gauntlet of graphic images and abuse when accessing abortion services.

“This is totally wrong and I look forward to the day when my Bill will end such shameful scenes for good.”

The Court’s judgment found that the Northern Ireland legislation did not impact on the right to free expression as laid down in the European Convention on Human Rights.