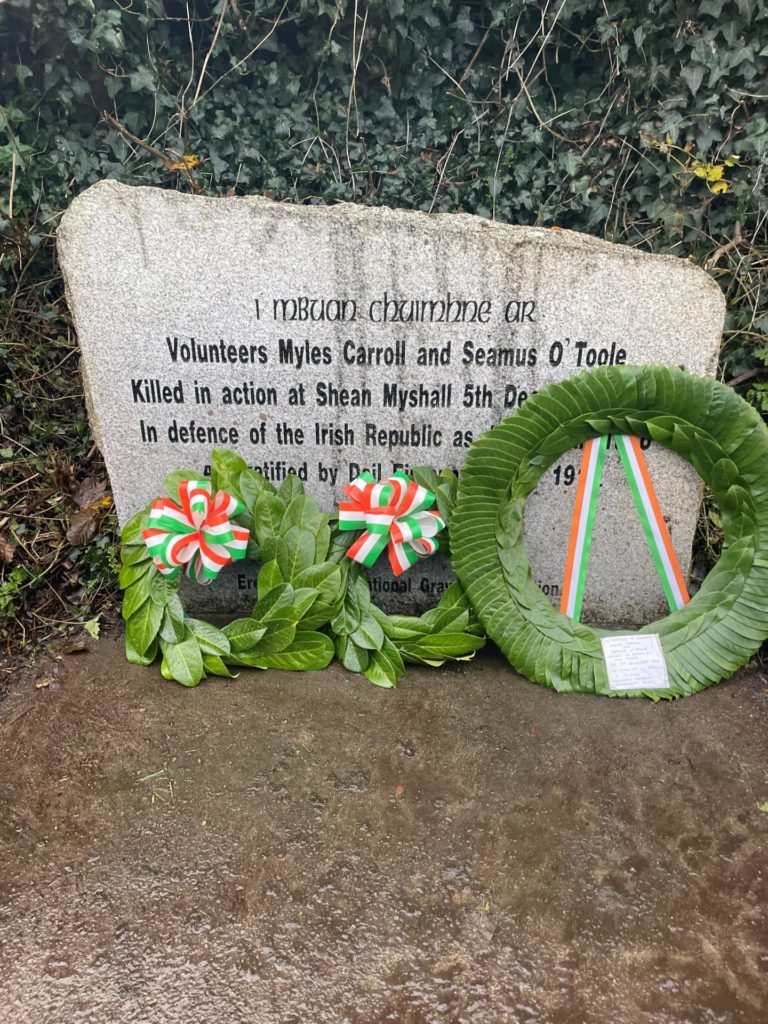 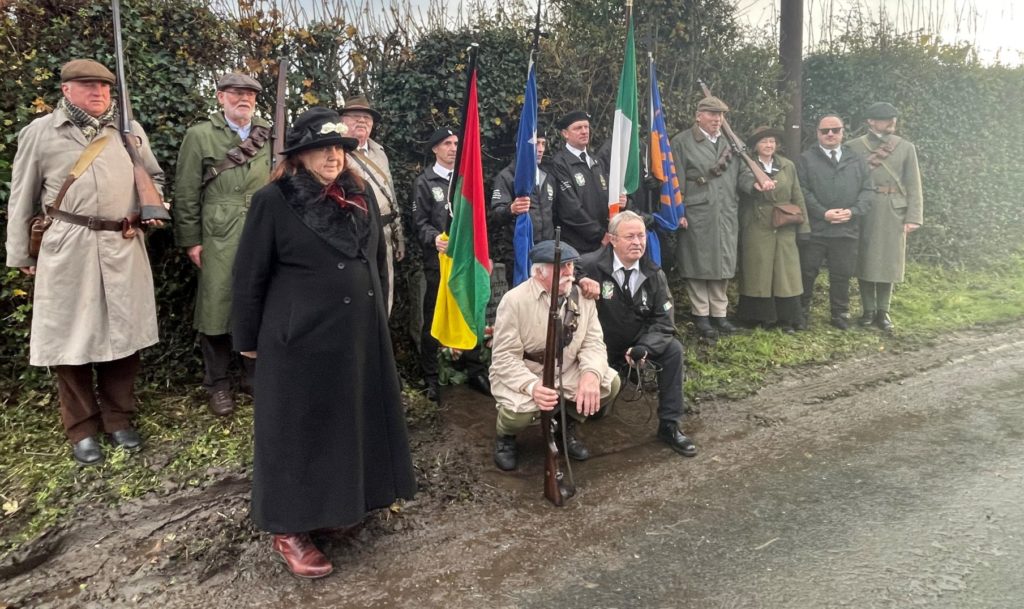 DECENDANTS of the late Miley Carroll and Seamus O’Toole gathered near Myshall recently to mark 100 years since their tragic death in the Irish Civil War.

It was a poignant gathering to mark this very historic event, but also to acknowledge the personal, family tragedy of this difficult time in Irish history.

“The commemoration was to mark 100 years since their deaths; it was organised by ourselves, but it wasn’t a political event,” explained Sinn Féin cllr Andy Gladney.

“We were delighted to welcome members of the Carroll and O’Toole families to the commemoration,” he added.

Miley Carroll hailed from Killedmond, Borris and Seamus from Rathdangan, Co Wicklow. They were both shot on 5 December 1922 in Shean, Myshall.

Both men had avoided capture by crown forces during the War of Independence and subsequently committed themselves to the anti-Treaty side.

With three other men they were sheltering in a ‘safe house’ on 5 December 2022 when they got word that their whereabouts was known to the Free State forces. They made a run for freedom, but two were captured and one escaped, but sadly, Miley and Jim were shot.

Jim was buried in his family grave at Cranerin, Rathdangan and Miley, who was just one month short of his 29th birthday when he died, was buried in the Carroll family plot in Rathanna.

At the commemoration, wreaths were placed at a monument in Shean marking 100 years since the death of both men, while in tribute, a number of those attending wore clothing symbolising this period in Irish history.

“It is very important to mark the occasion and commemorate both men,” said cllr Gladney.