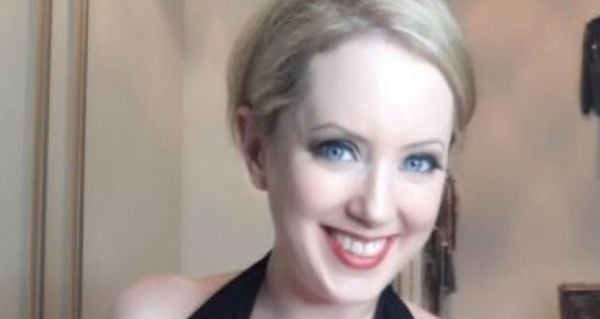 The husband of murder accused Christina Anderson has told his wife’s trial that they were smoking an average of €200 to €250 worth of cannabis per month in the lead-up to her stabbing a man to death.

Defence counsel Michael O’Higgins SC has previously told the jury at the Central Criminal Court that an issue in the trial is whether Ms Anderson’s actions when she stabbed Gareth Kelly to death outside her home were driven by mental illness or cannabis intoxication.

Mark Anderson also revealed that when gardaí came to the Anderson home following the stabbing, they found two immature cannabis plants in a locked room upstairs. Mr Anderson said the plants were his and he admitted that at the District Court where no conviction was recorded against him after he made a contribution to charity. 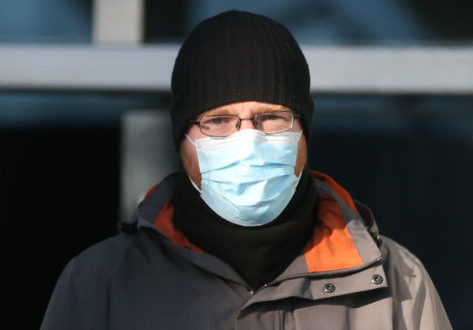 Mr Anderson also told Mr O’Higgins that he was concerned about his wife’s mental health the day before the stabbing and was due to bring her to the Mary Mercer psychiatric clinic the next day at 9am. “That appointment was two hours after the murder. If we had just made it to that appointment,” he said.

Mother-of-three Christina Anderson (41) of Brownsbarn Wood, Kingswood, Dublin 22, is charged with murdering Gareth Kelly (39), who was stabbed five times as he tried to start his car outside Ms Anderson’s home on the morning of February 25th, 2020.

She has pleaded not guilty by reason of insanity. Opening the trial last week, counsel for the State Patrick McGrath SC said Mr Kelly had parked in a space belonging to the Anderson household and that this happened from time to time “to the annoyance of Ms Anderson”.

Mr Anderson (41) said that he and Ms Anderson first dated when they were teenagers attending Wesley College. They split up and didn’t have contact for several years but then began dating again around 2004.

She told him that she had been admitted to St John of God’s for psychiatric treatment the previous year, but he said she seemed to him the same as he had known her previously.

Mr Anderson worked as a computer software engineer while his wife had “different careers at different times”. She studied massage and aromatherapy and worked as a masseuse for several years with a therapy centre on Baggot St in Dublin. “She had a troupe of regular clients who came back to her week after week for years,” he said.

After they had their first of three children she stopped working outside the home and ran the household. “She was an excellent housewife and mother,” he said.

Mr Anderson accepted that he and his wife were cannabis users and would smoke two to three small joints to relax in the evenings after their children had gone to bed.

They did not smoke when Ms Anderson was pregnant or breastfeeding. Because they were regular users, he said they had a high tolerance and found it relaxing.

When they moved to Brownsbarn Wood Mr Anderson said there were sometimes “issues with the parking space”. The house had previously been vacant so neighbours saw it as free parking and would use it.

Ms Anderson would put a note in the wiper, he said, adding: “It was more of an irritation for Christina than for me. We had two spots, as long as I had somewhere to park I was happy.”

Mr Anderson confirmed that his wife had taken a defamation case against a neighbour after she was accused on a WhatsApp group of having “manhandled a child”.

From 2017 onwards there were times when Mr Anderson said he noticed that his wife’s energy levels and enthusiasm “spiked” and she would become “very eager”.

“She is very creative and studied art and sometimes would get obsessed with an art project but not to the detriment of feeding herself or the kids or whatever. It was all in her free time.”

On occasion, she complained of feeling depressed and would go to a doctor and began seeing psychiatrists at the Mary Mercer clinic in 2017.

She was prescribed medication and never had any problem taking it. “She saw it as managing her condition,” he said.

On February 16th, 2020 Mr Anderson travelled to Canada for work. He didn’t notice that anything was wrong with his wife before he left but when he landed back in Dublin on February 23rd, two days before the stabbing, she “seemed to be delusional”.

“The house was in disarray. It was much messier than usual with takeaway boxes and pizza boxes all over the place and a big pile of laundry. That would not be typical at all.” When their children asked to go outside she screamed that it was dangerous.

He had never previously seen her act in a paranoid way, but she began telling him about a “criminal conspiracy” involving their neighbours and said she was in fear for herself and the children. She attached some significance to a photograph she had found of Bertie Ahern and said that their solicitor was going to come to the house with Michael Jackson.

The following day, a Monday, she was still delusional but had periods of clear thinking, he said.

During those periods she was aware that she was not well and was willing to go to the psychiatric unit. Mr Anderson called Mary Mercer hoping to bring her in that day, but they said they didn’t have psychiatric services on a Monday. They agreed to bring her already scheduled appointment for the following afternoon forward to 9am.

They told Mr Anderson to bring his wife to Accident and Emergency if she became a danger to herself or others.

To relax that night Mr Anderson said he put on an episode of Star Trek, but his wife began saying things that did not make sense. She said that she was a goddess and that the whole family would become gods and goddesses. He had never heard her saying anything like that before.

He couldn’t remember if they smoked cannabis that evening but said, “it’s likely, it would have been normal for us.”

They went to bed and the next morning Mr Anderson awoke when he heard the house alarm going off followed by a loud bang. He found that the alarm had been pulled off the wall and believed his wife had done it.

He did not know that his wife had stabbed someone until gardaí came to the house a short time later.

Under cross-examination Mr Anderson told Patrick McGrath SC, for the prosecution, that the two plants gardaí found in his home had not yielded any cannabis. The cannabis they would have been smoking around that time, he said, was bought on the black market.

He said that they would smoke pure cannabis but when they were younger they would have mixed it with tobacco. He didn’t know what type of cannabis they smoked, adding, “you take what you can get”.

He said that on average they would spend about €200 to €250 per month. He did not know how much his wife had been smoking while he was in Canada from February 16th until February 23rd.

The trial continues on Monday in front of Ms Justice Karen O’Connor and a jury of seven men and five women.