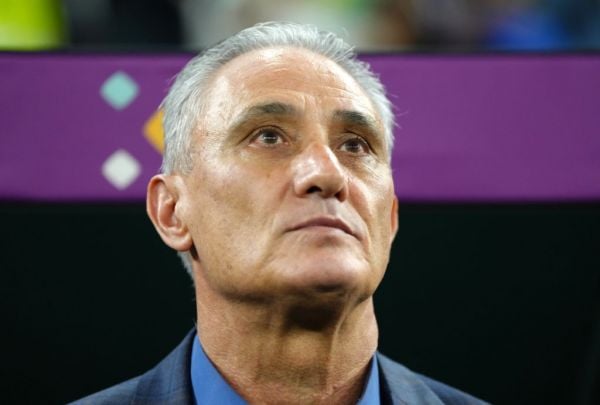 Tite suggested his time as Brazil coach is over but defended his penalty tactics after they crashed out of the World Cup to Croatia.

Marquinhos’ decisive spot kick hit the post after Dominik Livakovic had saved Rodrygo’s opening effort in the shootout to send Croatia into the last four with Neymar never getting a chance to step up.

Croatia did not miss with Nikola Vlasic, Lovro Majer, Luka Modric, Mislav Orsic all scoring to send them through 4-2 on penalties following a 1-1 draw after extra time.

Neymar had given Brazil the lead in the first-half of extra time – the Paris St Germain star equalling Pele’s Brazil scoring record with 77 FIFA-registered goals – only for Bruno Petkovic to level with three minutes left.

But it was heartbreak for Neymar and Brazil with the striker due to go fifth in the shootout, yet there was no regret from Tite.

He said: “The fifth is the decisive one, there is more pressure and the players who are more mentally prepared are the ones to take this last penalty kick.

“The players know about my commitment and they know how proud I am of their performance. It’s the entire team who loses.

“We need to be ready to share our joy and willing to share our sadness. There is a new generation of players who will find strength in adversity. I understand I am the most responsible one but we are all responsible for the loss.

“It’s not about being a hero or a villain. Sometimes we win, sometimes we lose.”

Tite hinted he is ready to walk away following Brazil’s exit.

“There are other great professionals who can replace me. Now I had the full (World Cup) cycle. The cycle is over,” he added.

Vinicius Junior shot at Livakovic in the first half but Croatia were the better team without ever being able to find the opening their endeavour deserved.

Brazil improved dramatically after the break with Vinicius denied by Livakovic and Neymar should have done better than to shoot at the goalkeeper after 55 minutes.

Livakovic said: “We’re experienced and we’re raised as fighters. We’re sparing no efforts and that’s the recipe for success.”

Marcelo Brozovic blazed over from 15 yards in extra time before Neymar struck, dancing through the Croatia defence, rounding Livakovic and lifting his shot into the roof of the net.

It looked set to send Brazil into the last four until Petkovic scored with his shot deflecting off Marquinhos – Croatia’s only shot on target – to send the game to penalties.

Croatia manager Zlatko Dalic says his side will give it everything to reach another World Cup final.

“This is one of the greatest wins, it was a great match,” said Dalic, after Croatia reached their second successive World Cup semi-final, having been runners-up in 2018.

“Brazil were very smart and had control in the match but we demonstrated what it is like not to surrender and what the Croatia team is.

“We are in the semi-final, we are a small country. I congratulated every one of my players and they are great fighters. Only Croats can do that.

“We will prepare, now we are in the semi-finals we will not surrender.

“We have very strong characters and we do not give up. As the game unfolded our chances grew. Only teams with great strength and character can come back in such a game.”