Byrne facing spell on the sidelines

CARLOW’S Ed Byrne is facing up to three months on the sidelines after Leinster Head Coach Leo Cullen issued an injury update this week. 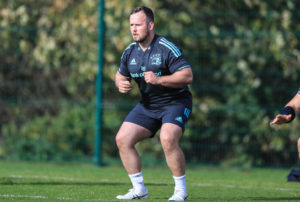 A knee injury will keep Ed Byrne out of action for up to 12 weeks
Photo: ©INPHO/Evan Treacy

Byrne has made appearances off the bench in both of Leinster’s Champions Cup games this month, and scored a try in the win over Racing 92, but picked up a knee injury against Gloucester last Friday in the RDS and will now undergo a procedure this week. It is expected that he will be out of action for up to 12 weeks.

In better news for Leinster fans, Johnny Sexton and Jordan Larmour both returned to action against Gloucester without any issues following their respective injuries.

Tadhg Furlong will be assessed later in the week ahead of Leinster’s clash against Munster in Thomand Park on St Stephen’s Day, while Will Connors is also nearing full fitness.