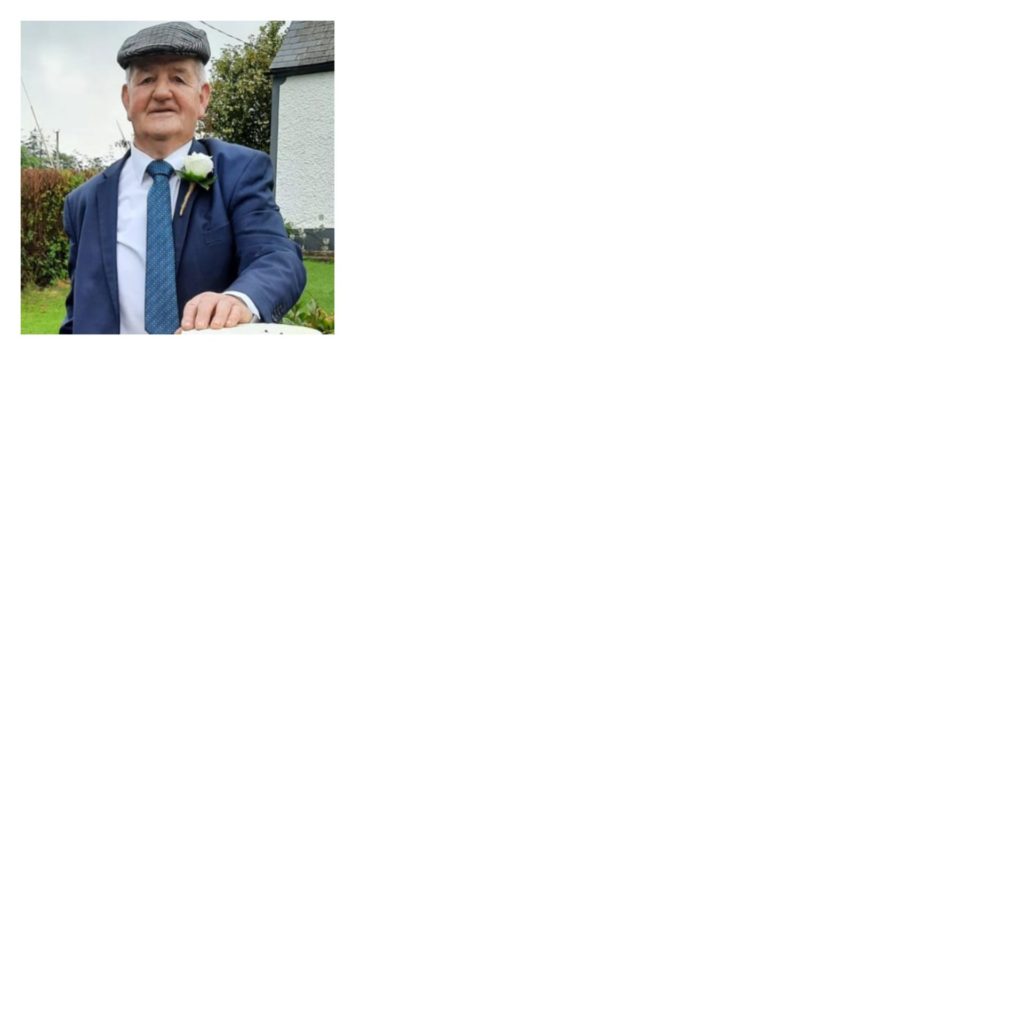 THE death occurred earlier this year of Fred Graham, Bilboa, Co Carlow. Fred passed away peacefully in his home of over 83 years on Wednesday 27 April, surrounded by his devoted children.

Fred spent all of his life – schooling, living and working – in the Bilboa locality. He was known as Fred to most, Frederick occasionally, and to those he knew for a long time, it was Freddie.

Born into the house that later became his own family home with his late wife Vera, Fred grew up with his parents Arthur and Margaret and eight siblings – John (died October 2017), Isaac (died November 2022), Elizabeth, Robert (Bert), (William) Bill, Arthur, Margaret and Ken – in what was at that time the local post office, up until 1988, when it moved next door to the neighbouring family household (Brennan’s), where its services continue to this day.

The post office had originated at that site from 1895 to 1927 under his grandparents, which was then passed to Fred’s parents from 13 May 1927 until 31 December 1988. It was a busy and sociable household providing these services to the people of the locality and selling provisions also.

Fred and all of his siblings attended primary education in Bilboa School, just over the road from their home, and affiliated with Bilboa church, before attending second-level schooling in Coon Tech (as it was known then), which was a few miles away. Fred spoke fondly of his time in both schools and often reminisced on those days. He enjoyed all aspects of schooling, both practical and theory, learning useful skills and knowledge for his later life.

In the spring of 1956, after completing his second-level education, Fred started work in the forestry and could recall starting at Clogrennane woods. He worked with many other men from the locality and enjoyed the time working alongside them, even though he often spoke of the hard and physically demanding work that it entailed. Working in the forestry took him to places both close to home, around the county and across county boundaries to places such as Bolton’s Hill, Bawnree, Duckett’s Grove, Oakpark, Nurney, Rossmore, Uskerty and Clogrennane, to name a few, and even as close as opposite his home in Boolyvannan Forestry.

As the years passed, Fred helped on the family farm with his father alongside his siblings, while also working in the forestry, until finishing in 1984. He liked to dance and, in those years, would have gone to dances in the Deighton Hall and similar spots with his family and comrades from the area. And it was this interest in attending social dances that was one of many interests shared by his late wife Vera.

Over the years, a number of his siblings emigrated to Canada and set down roots, but Fred stayed in touch through writing and phone calls, in between their frequent visits home.

He married the late Vera Daly, his life’s partner, on 17 March 1972 and had their own family of 11 in the following years. Their daughter June died in infancy in November 1980.

His beloved Vera died in 1995 and Fred became both father and mother to his children – a role he carried out right up to the end.

Fred had no sporting affiliations or hobbies, as such. His life was farming, working the land and being in the great outdoors – in a way, a very simple life. He loved to chat and to tell a few yarns (as he would say) or stories of times gone by.

His daily work on the farm continued until close to his passing, even though his ‘jobs’ changed. Fred never really retired and would often say “it’s better to wear out than rust out”. Early last spring, he was still calving cows, and although not always carrying out active roles, he would still have a vested interest in what was going on. He kept up-to-date with farming matters with the weekly ***Irish Farmers Journal*** and the ***Farming Independent*** and would have categorised himself as a small farmer.

Fred was happy carrying out any of his farming duties with his trusted Massey 35, a common sight for those in the locality and for his children, where he first taught them to drive.

He had an interest in Irish country music, albeit listening to it on the radio – a favourite being the ***Johnny Barry Show*** – or attending parish dances and, in more recent years, the senior citizens’ parties, where he would get to chat and catch up with familiar faces, reminisce about old times and have the odd dance.

Fred had a strong belief and faith: something instilled in him from his early childhood and he attended church weekly. Over the years, he took up many roles within his parish church. He was sexton of Bilboa Church for a number of decades and bell-ringer also. He rang the bell for all occasions – weekly service big or small, happy and sad occasions. He took over both roles from his father Arthur and he took great pride in doing so. For those from the locality or passing by, it was a familiar sight to see him at odd jobs there over the years. And his support for the church didn’t end after a Sunday service, as many can recall the annual dinner dance, where Fred would undoubtedly be one of the faces to meet you at the door at the start of the night and more often than not at the end of the night, when all was over.

Many dozens of sympathy and Mass cards have been received by Fred’s family in the time since, and for that they are grateful. They share memories and thoughts from various aspects, but all conveying the same sentiment: that he was a true gentleman and a pleasure to have known.

***Close in our hearts you will always stay,

loved and remembered every day.***

The following tribute was paid to Fred Graham by Richard Ryan, Kilkenny, his brother-in-law: “Fred Graham was one of a large family born in Bilboa, Co Carlow and lived and farmed there all his life. He was well respected by his neighbours and friends. I knew him before we both got married over 50 years ago.

“We would be going home late at night or morning after our nights out, both of us travelling in the opposite direction. As we passed each other, we would give a salute and beep the horn as we met.

“Fred loved a good story and a chat. When he visited anybody, he never came empty-handed. As he met you, he would say ‘God save all here and how is all your care’. He was the kind of person who would want to do you a good turn.

“Fred and Vera got on well together, they had a big family. Unfortunately, Vera got ill and died, leaving a young family behind. But Fred took up the mantle and with the help of the older ones they managed fine together and all turned out well.

“Fred did not travel far or go abroad. He was quite happy in his own community. He worked tirelessly for The Holy Trinity Church and family, serving as sexton, bell ringer, Select Vestry member and helped organise parish events. He is a big loss in the Bilboa area.

“I was looking forward to one more visit with Fred, but that was not to be.”

Richard Ryan’s tribute concluded with the words: “Fred, you did a great job for your family; they can be proud to call you their dad.”