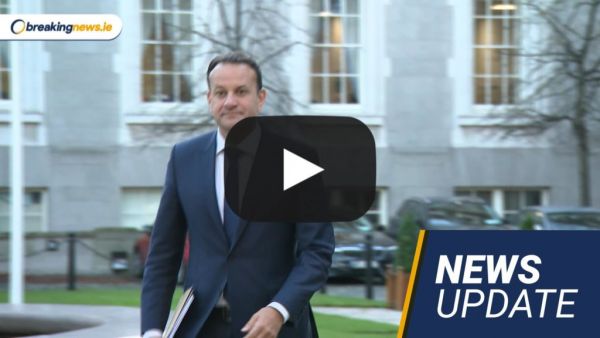 The Taoiseach has said the State’s hospitals are facing “a very serious situation” caused by an “unprecedented wave of illness” with three viruses circulating.

It comes as consultants warned up to 1,000 patients could be treated on trolleys on a single day in the weeks ahead as hospitals grapple with increasing pressures.

Minister for Health Stephen Donnelly acknowledged that people will die because of risks posed by overcrowding in emergency departments.

The State’s data watchdog has fined Facebook’s parent company Meta Ireland €390 million as a row erupted over whether further investigation of the use of people’s data is warranted.

Meta said it was “disappointed” by the decision and intends to appeal against “both the substance of the rulings and the fines”.

The Republic recorded a budget surplus of around €5.2 billion in 2022, far in excess of the €1 billion projected just over three months ago, the Department of Finance has confirmed.

The turnaround from a deficit of 3 per cent of gross national income in 2021 reflected a fall in Covid-19 related spending and strong tax revenue growth.

Income tax  and VAT grew by 15 per cent and 21 per cent year-on-year, while corporate tax receipts jumped by 48 per cent to a record €22.6 billion.

Gardaí have made two further arrests in connection with the murder of a man in Co Meath last month.

The body of Mahamud Ilyas (22) was discovered wrapped in material on farmland at Belgree Lane in Kilbride, near Ashbourne, on December 10th.

The two men, both aged in their 20s, are currently detained at Blanchardstown Garda station under section 4 of the Criminal Justice Act 1984.