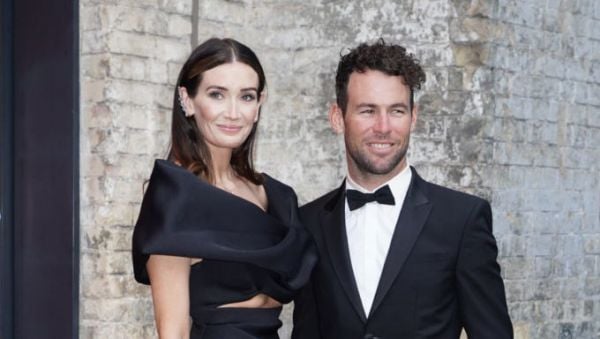 Detectives have been unable to find two suspects wanted over a knifepoint robbery at the home of Olympic cyclist Mark Cavendish, a court has heard.

Two men deny two counts of robbery over the raid in the Ongar area of Essex in the early hours of November 27th, 2021 and are on trial at Chelmsford Crown Court.

A third man admitted two counts of robbery at an earlier hearing and will be sentenced at a later date, but officers have been unable to locate a fourth and fifth man, who have been named as suspects.

Edward Renvoize, prosecuting, said that masked intruders armed with knives broke into Cavendish’s home as he was asleep upstairs with his wife Peta and their three-year-old child, also in the bed.

He said Cavendish was punched and one of the raiders threatened to stab him, before the gang made off with items including two Richard Mille watches, valued at £400,000 and £300,000.

He said that Peta Cavendish’s phone was taken during the raid and was later found outside the property.

Mr Renvoize said that 28-year-old Ali Sesay, of Holding Street, Rainham, east London, who pleaded guilty to two counts of robbery at an earlier hearing, “managed to leave his DNA on the phone of Peta Cavendish”.

“Police began examining communications made by Mr Sesay’s telephone and from that, the prosecution say, it was possible to identify individuals who had been in touch with Mr Sesay,” he said.

Detective Constable Brian Eagling, the officer in the case, agreed with Mr Renvoize that suspects Jo Jobson and George Goddard were identified from communications data.

Mr Eagling said it had not been possible to locate Jobson and Goddard, and agreed that investigations to find them were “sensitive” and he would not put details about this into the public domain.

Mr Renvoize said that Jobson and Goddard were “two individuals named as suspects who are not in the dock”.

He told jurors: “Although they haven’t been apprehended by police, the prosecution say it’s quite clear from the evidence that they were involved, but of course you are not being asked to return verdicts upon them.”

Mr Renvoize said Okorosobo was arrested at an address in Croydon along with Sesay on December 16th, 2021.

Okorosobo told police he “had no knowledge of the robbery, he said he had never been to the location, he said he wouldn’t be capable of committing the offence because of a leg injury he had sustained”, the prosecutor said.

“He said he hadn’t had his phone and he had to pay to get it back,” Mr Renvoize said.

“He didn’t expand upon the information he provided by way of a written statement.”

Henry was arrested on December 18th, 2021 and declined to answer questions from police, the barrister said.

Mr Renvoize said that a Mercedes-Benz and a Mitsubishi Outlander were used on the day of the offence.

He said that the Mitsubishi had cloned number plates.

“It does appear that there’s at least one (phone) number attributed to someone who’s unidentified,” he said.

Mr Renvoize said that the question of why two vehicles were used may remain unanswered, adding: “Was it the sheer number of people that required the gang to take more than one vehicle?”

He said that police recovered a “footwear impression” from the scene and footwear from the address in Croydon where Okorosobo and Sesay were arrested.

“The footwear in question was seized from the upstairs bedroom that appeared to have been occupied by Mr Sesay,” Mr Renvoize said.

“The forensic scientist found moderate support for the view the footwear was responsible for some of the impressions made at the scene.”

He said that a DNA swab was taken from Mr Cavendish’s arm, where it was held by one of the assailants, and it had returned a “mixed profile”.

Mr Renvoize said the “overwhelming inference” of the findings was that “George Goddard was one of the people who went into the property and touched Mark Cavendish”.