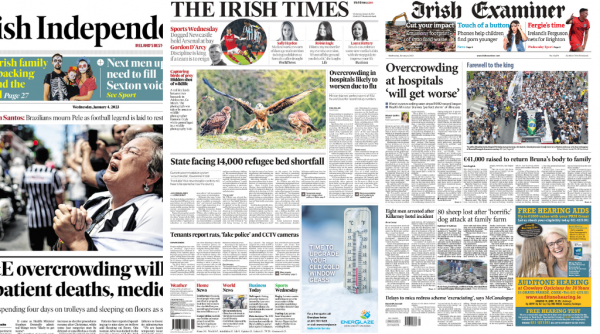 Wednesday’s front pages are dominated by the overcrowding crisis in Irish hospitals.

The Irish Times and the Irish Examiner both lead with comments from Minister for Health Stephen Donnelly, who said that the situation in hospitals is likely to worsen in the coming days and weeks due to people presenting with flu symptoms. 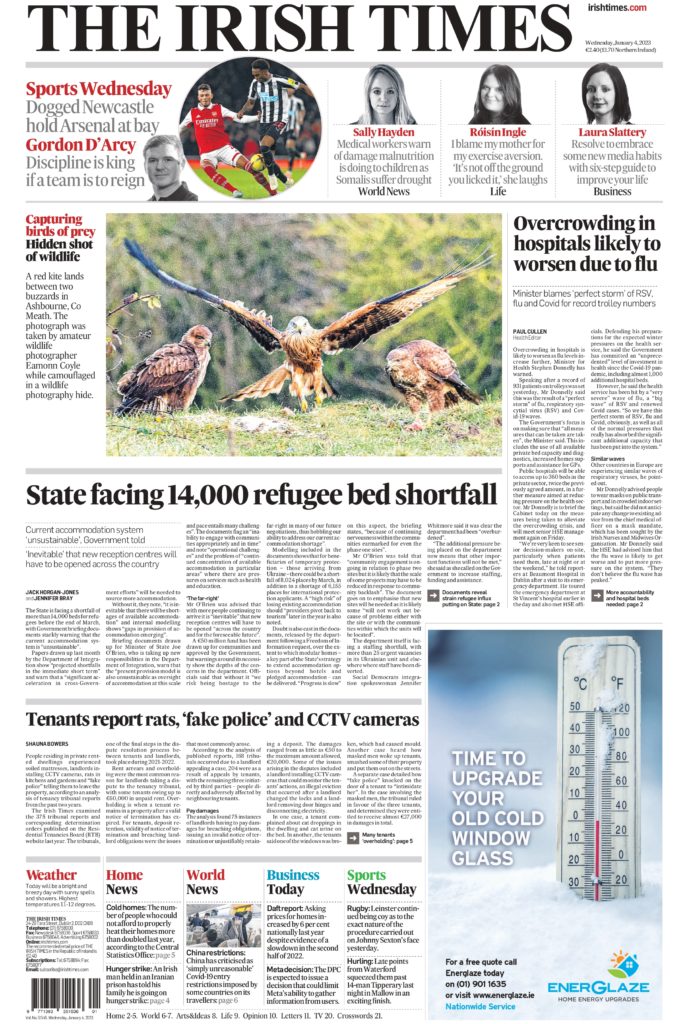 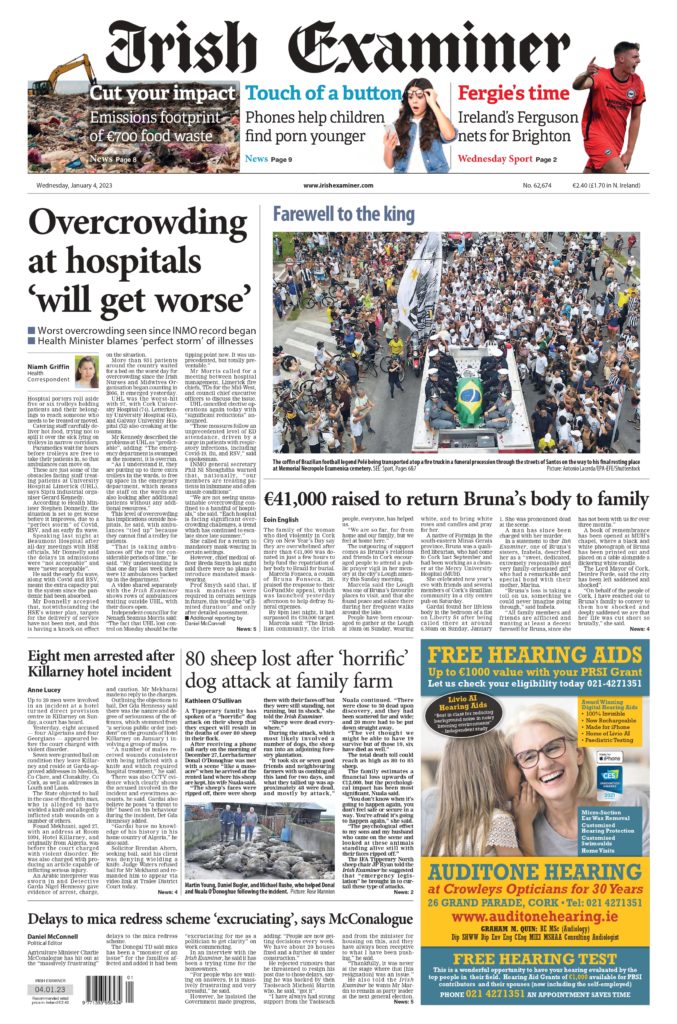 The Irish Independent and The Herald report that the overcrowding in Emergency Departments around the country will result in deaths, according consultants working in hospitals. 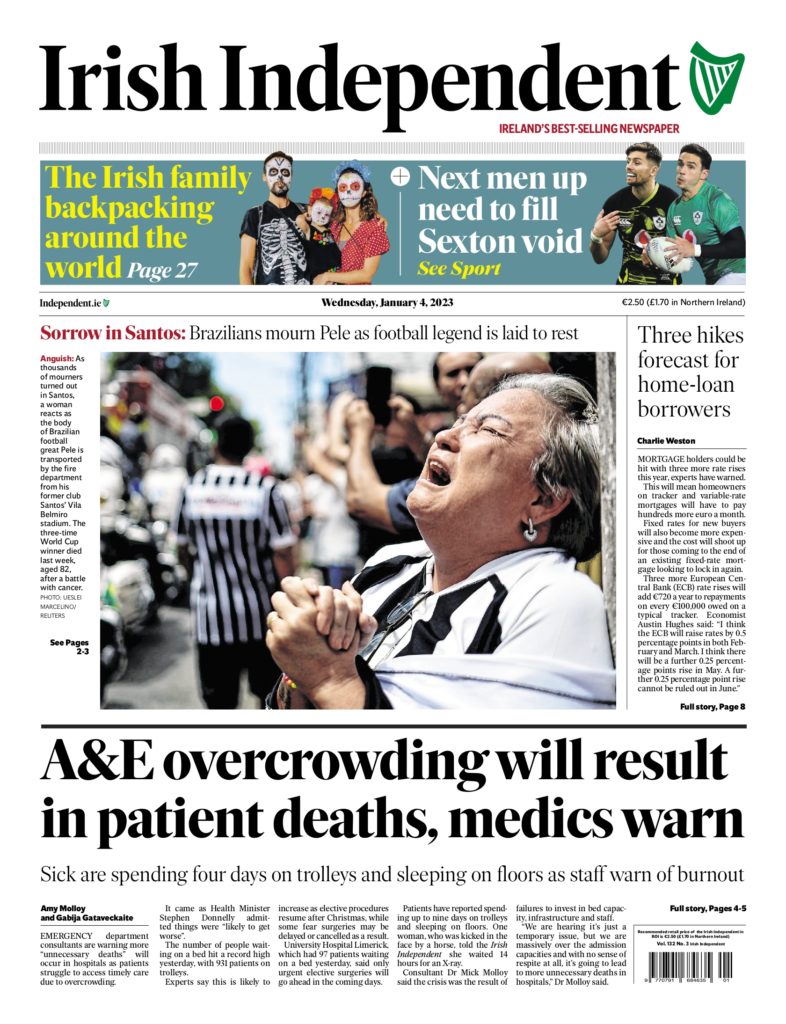 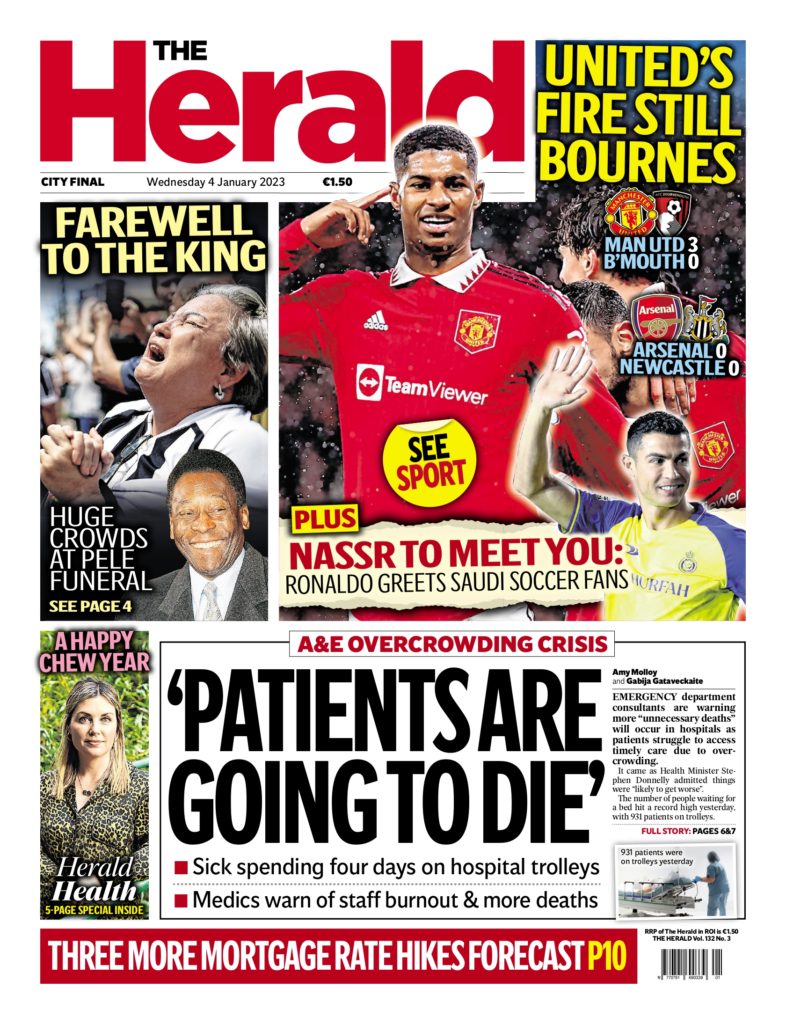 Some health experts want a return to mask mandates in hospitals, reports the Irish Daily Mail.

Are you ready to go back to wearing masks? pic.twitter.com/SZjQgvLz56

The Irish Daily Star has continued coverage of the killing of Brazilian national Bruna Fonseca (28) in Cork city at the weekend.

In The Echo, traffic light outages in Cork city is covered in the front page lead. 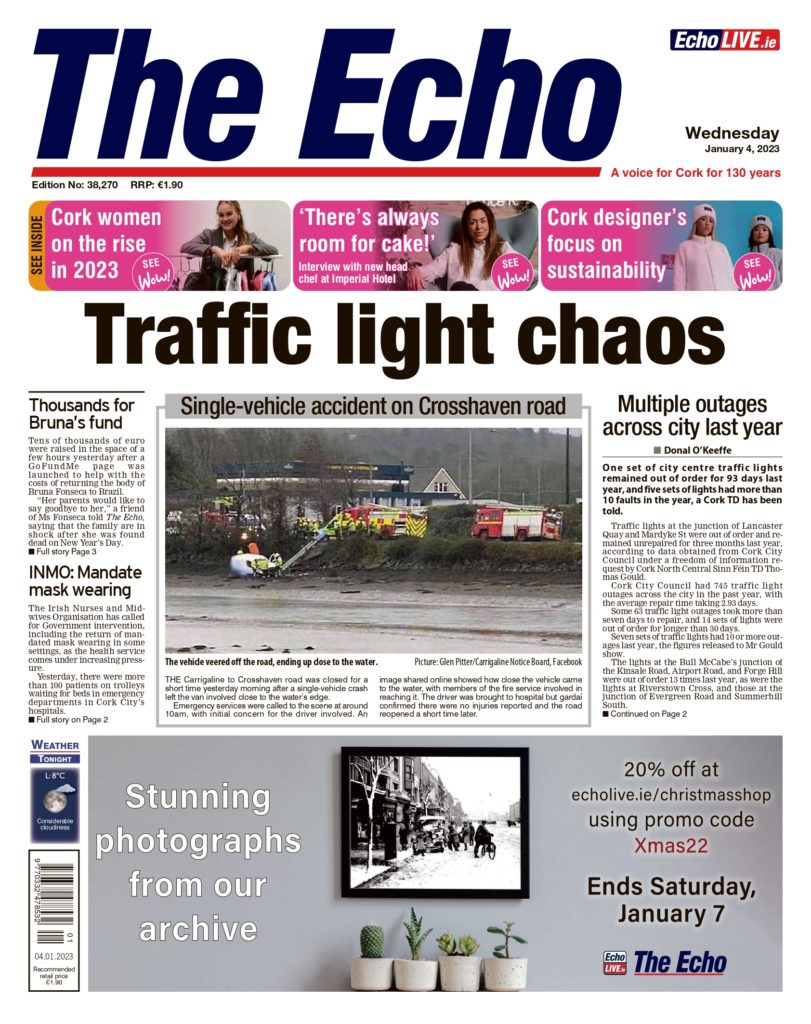 Across the water, UK newspapers focus on the NHS crisis and denials from the Prime Minister.

“They broke our NHS,” declares the Daily Mirror with a composite photo of the last five prime ministers.

The Guardian says doctors have accused the PM of being “delusional” after he denied there was a crisis in the health sector.

“Where’s Rishi” the Daily Star asks, as the NHS “crumbles”, while The Independent leads with assurances from Rishi Sunak the health service has funds it needs to deal with the current crisis.

Wednesday’s front page will have you checking your sheds for Rishi 🤣#tomorrowsfrontpage pic.twitter.com/7dvL1pyKYY

Elsewhere, the Daily Mail says Tory MPs have been warned against returning to face mask restrictions amid a surge in respiratory illnesses in the UK.

While The Daily Telegraph outlines the Prime Minister’s new vision to make maths mandatory for all students until the age of 18.

‘Maths at the heart of PM’s vision for Britain’#TomorrowsPapersToday

Ongoing strike action is the Daily Express splash, with it reporting that a deal “could be in touching distance”.

Masked raiders “threatened to knife” Olympic cyclist Mark Cavendish in front of his kids in £700K robbery, The Sun writes

Freedom of expression is “under threat from police”, The Times claims.

The i newspaper says British health officials are searching for China’s next Covid variant among new airport arrivals.

And the Financial Times reports Tesla’s shares have tumbled.