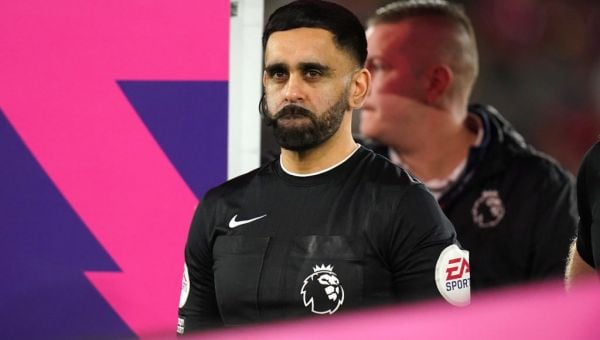 Bhupinder Singh Gill made history on Wednesday night when he became the first Sikh-Punjabi assistant referee to officiate in a Premier League game.

He followed in the footsteps of his brother Sunny Singh Gill, who earlier this season became the first British South Asian to referee an EFL game since their father Jarnail Singh, the first turbaned referee in English league football history.

Speaking in the build-up to the game, Singh Gill said: “This has to be the proudest and most exciting moment in my refereeing journey so far, but I’m not getting carried away as it is just another step in the direction to where I want to get to.

“My family are also really proud and excited for me. I wouldn’t be in this situation if it wasn’t for my dad, who has supported me throughout my journey and been a role model for me.”

Forest won the game thanks to Taiwo Awoniyi’s 27th-minute strike.