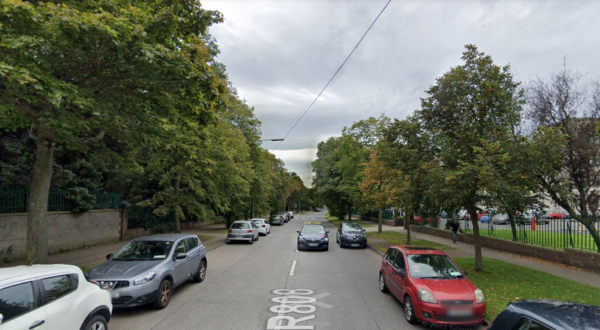 The Tetrarch-led scheme involves three blocks — with one rising to five storeys in height — on the Vincentian Order-owned lands, located 150 metres from an entrance to St Anne’s Park and adjacent to St Paul’s College in Raheny.

A total of 50 submissions were lodged concerning the scheme, mainly by local residents. One of those to object was RTÉ broadcaster Lottie Ryan.

In a joint objection with husband Fabio Aprile, Ms Ryan claimed that the proposal gives rise to a significant loss of residential amenity to adjacent properties.

In points echoed in other objections submitted by locals, the couple also claimed that the proposed two to five storey structures “will significantly impact on the character of Sybil Hill House resulting in the degradation of the contributions made by the protected structure on the area”.

The objection also stated that “the development will set an undesirable precedent for similar developments within the curtilage of protected structures in Raheny”.

The Ryan/Aprile objection also contended that the proposal represents overdevelopment of the site by way of design, layout and massing on a restricted site directly adjoining residential developments. They also claimed the development would be visually obtrusive.

They stated that “the residential amenity and accordingly the value of the properties adjacent to the subject site will be seriously impacted by the proposed development”.

Now, endorsing the concerns of locals, the Council has refused planning permission after determining that the proposed development has not been sensitively sited and designed, and will therefore have an adverse impact upon the setting and curtilage of Sybil Hill House.

The development would negatively impact the protected site’s special character and appearance having regard to the scale, massing, height and layout of the proposed residential development, the Council said.

The Council has also found that the applicant has not adequately demonstrated that the proposed public and communal open space will be of sufficient quality and quantum as a large woodland area will be largely inaccessible and will not provide meaningful public open space.

Executive Director with the Irish Georgian Society Donough Cahill told the Council that the proposal represents inappropriate development for a number of reasons.

Planning consultants on the project, Tom Phillips & Associates, stated that it is the expressed wishes of the Vincentian Order “that this Integrated Retirement Community would cater specifically for the over-65s within the community who wish to downsize into suitable age friendly accommodation”.

The report states that the proposed development of the under-utilised site will provide much needed residential development in the area for the explicit use of eligible senior citizens.

The applicants now have the option of appealing the decision to An Bord Pleanála.