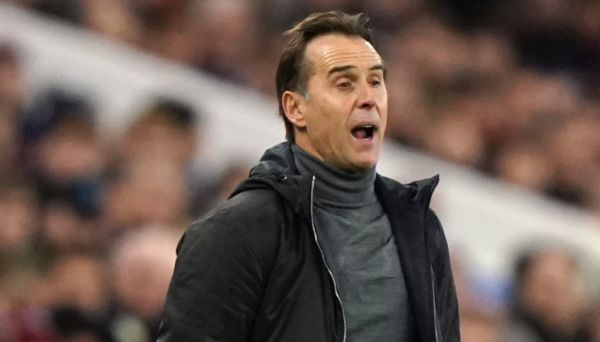 Boss Julen Lopetegui has questioned Wolves’ hectic schedule ahead of their FA Cup third round trip to Liverpool.

They go to Anfield in the third round on Saturday after Wednesday’s 1-1 draw at Aston Villa.

Liverpool have had 48 hours extra recovery time following their 3-1 defeat at Brentford on Monday and Lopetegui is unhappy.

“I don’t understand how we play in one competition with two days less than the opponent,” he said.

“Maybe one day, it can happen but two days, it is a lot. It is a big difference for us. They have two days recovery more.

“I am sorry but I don’t understand this. I don’t know why. We have five games in 15 days.”

It was Ings’ seventh goal of the season and, after the game, boss Unai Emery dismissed any suggestions he would let the striker leave this month.

Ings has been linked with Everton and a return to Southampton.

“We had an amazing result at the weekend and sometimes following that up can be very, very difficult,” Ings told the club’s official site.

“They really wanted the points, they worked really hard and made it difficult for us. It was the reaction, for me, that shows how far we’ve come as a team.

“We got back in the game and we nearly won it at the end. There are a lot of positives.

“At the weekend (a 2-0 win at Tottenham), I thought our subs came on and helped to kill the game off. On Wednesday it was a different reaction. We had to get back in the game and we showed great character.

“It’s always nice to score in front of the Holte End. For me, it’s about helping the team, whether I start or come on from the bench.”