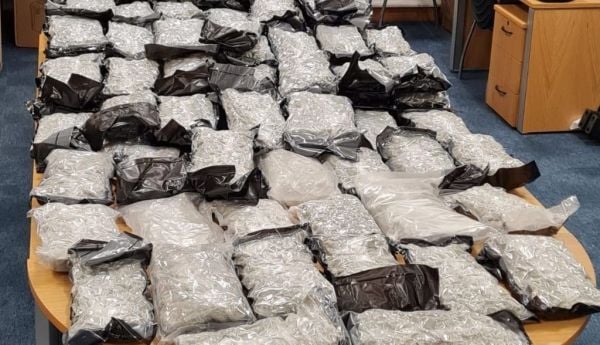 A man has been arrested after cannabis herb worth €1 million was seized in Co Louth.

Gardaí found the drugs during a search on the Ecco Road in Dundalk just before 4pm on Tuesday.

One man in his 20s was arrested at the scene and was taken to Dundalk Garda Station for questioning.

The cannabis, seized under the anti-drugs Operation Tara, will be sent to Forensic Science Ireland for further testing.