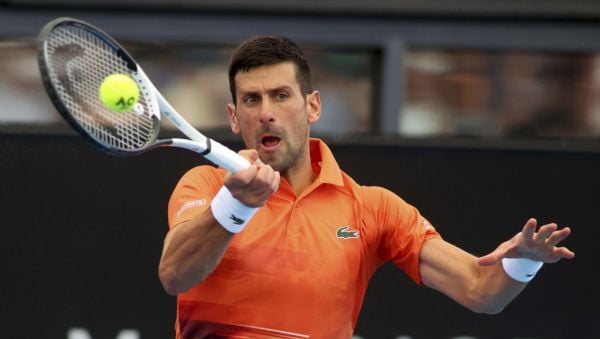 Novak Djokovic was made to earn his victory against Quentin Halys, outlasting the 64th-ranked Frenchman 7-6 (3) 7-6 (5) in their round of 16 clash at the Adelaide International 1.

The Serbian world number five endured a slow start to take the first set in a tiebreaker, and found himself again trailing 5-3 in the second.

However, the 21-time grand slam champion kept his composure, breaking to love and eventually clawing his way to victory.

Djokovic said on atptour.com he was happy to make it past Halys’s challenge.

“It was a great performance from my opponent today and I want to congratulate him for a great fight.

“He played like a Top 10 opponent. He was serving big, hitting his spots and on a fast court like this it’s tough to break, so two two-breaks is a realistic score in today’s match. I’m glad to overcome the challenge.”