Sr Mary was a much-loved member of the Poor Clares 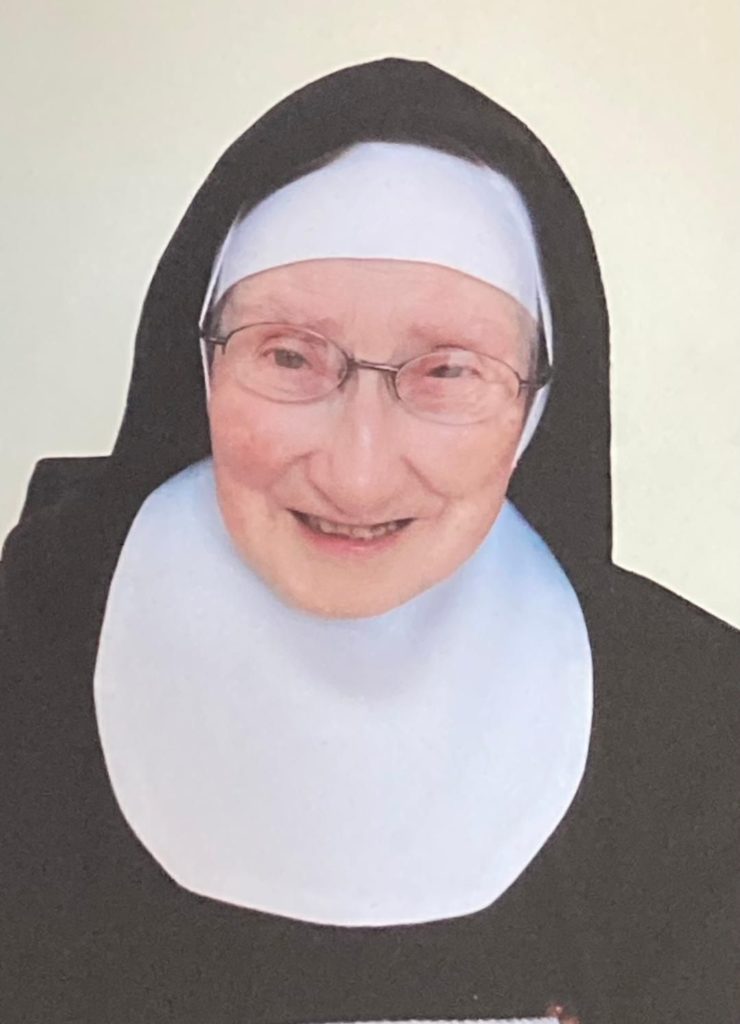 SISTER Mary (Margaret McGann), a member of the Poor Clare community in Graiguecullen, Carlow, passed away peacefully on Monday 5 December in the loving care of the matron and staff of the Sacred Heart Hospital, Carlow.

Born on 30 September 1930 at Theur, Riverstown, Co Sligo, she was beloved daughter of the late John and Margaret McGann and cherished sister of Sr David and the late Joe, Mary and Kathleen.

Sr Mary’s father was a carpenter and it is known that he never put a nail into anything on a Friday, because Jesus was crucified on Good Friday.

At four years of age, the then Margaret McGann developed osteomyelitis in her right arm. After surgery to remove the affected area, she spent months in hospital, being left with a weak left arm. But she never regarded this medical setback as being a drawback to her.

She attended the local national school and Ballisodare Convent School. Margaret cycled to school every day.

After finishing in secondary school, she joined the Poor Clares in Belfast. When she arrived by train at the main Belfast rail station, Margaret had no idea where Cliftonville Road was. She inquired of a very nice lady where to get a tram or bus to her destination, which was the Order’s monastery in the northern capital. This kind woman said she was going the same way and accompanied Margaret to Cliftonville Road before continuing her own journey to the Shankill.

Some locals in the Theur area remember well the day Sr Mary entered the monastery and were in tears when they learned of her passing in Carlow.

When asked once what she missed most when she entered the monastery, she nominated her bicycle.

She was a skilled seamstress and blessed with a beautiful singing voice. Margaret also loved Irish poetry and was something of a composer herself. She had a great love of all music, particularly classical music.

As a religious, Sr Mary was a walking example of quiet fidelity to the Poor Clare way of life. For some years she was novice mistress and later abbess.

When the Poor Clare monastery in Belfast closed, Sr Mary and Mother Paschal relocated to the Poor Clares in Graiguecullen, where they were both welcomed and loved. No doubt, it was a big change for both Sr Paschal and Sr Mary relocating to Carlow, but they settled in extremely well.

For her funeral, Sr Mary’s nieces and nephews travelled from Sligo and Dublin, also friends came from Belfast.

Sr Mary was laid to rest in the Poor Clare community cemetery beside her lifelong companion Sr Paschal.