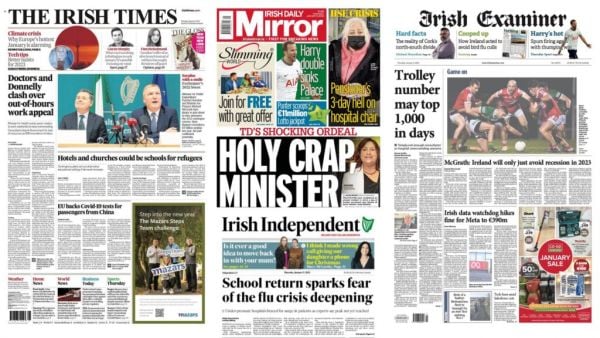 The Irish Times reports that senior doctors clashed with Minister for Health Stephen Donnelly on Wednesday after he asked them to work weekends over coming weeks to help deal with the crisis in hospital emergency units. 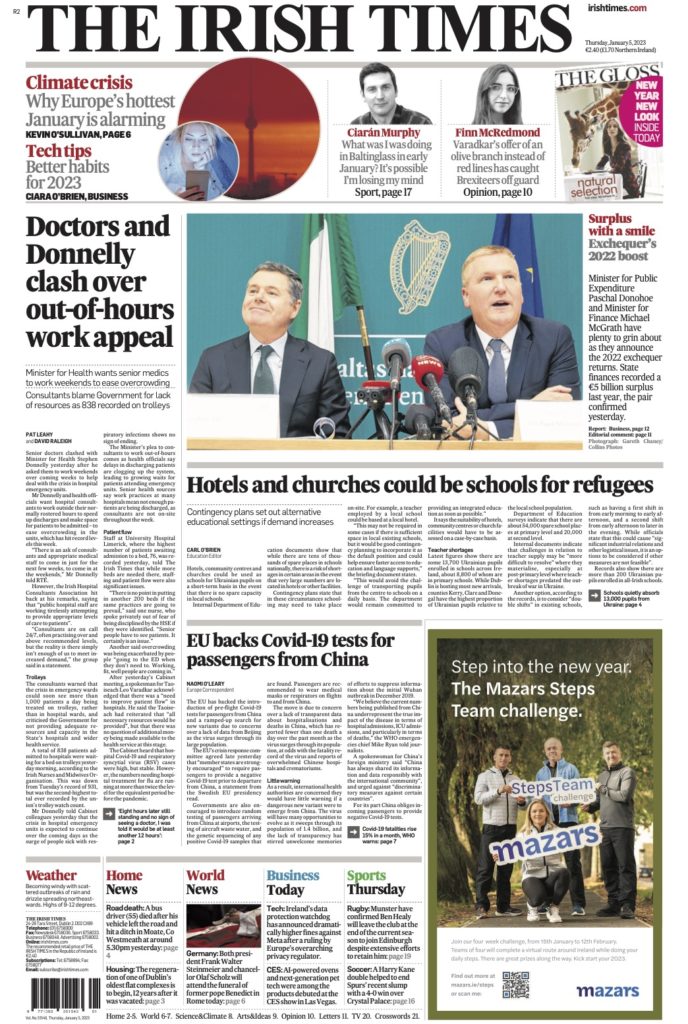 Up to 1,000 patients could be treated on trolleys on a single day in the weeks ahead as hospitals grapple with increasing pressures, according to the Irish Examiner. 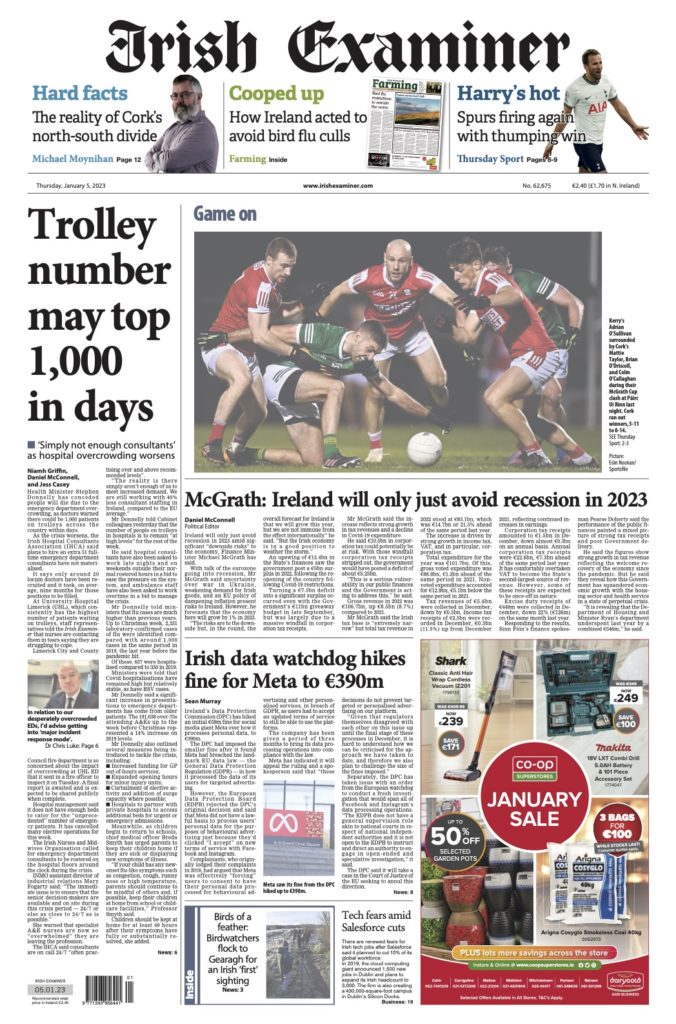 The Irish Independent says hospitals are bracing for a further surge in patients as health experts warn that the flu season has yet to reach its peak. 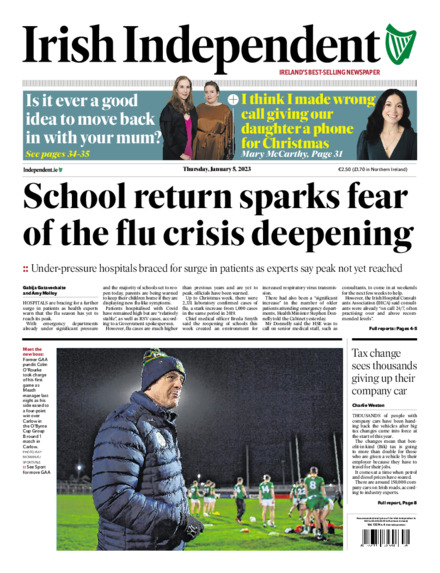 The Irish Daily Mail reports that a British investment fund could buy thousands of acres of rural Ireland to help Coillte meet its climate targets. 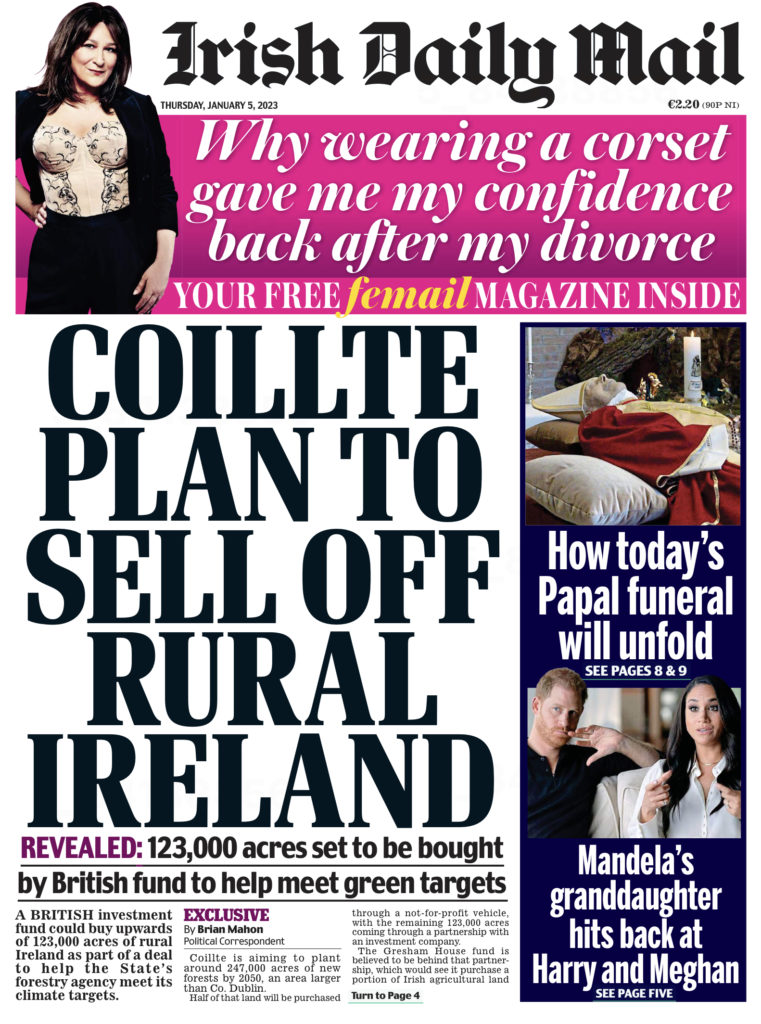 The Irish Daily Mirror has the scoop on poop being thrown at two Government TDs. 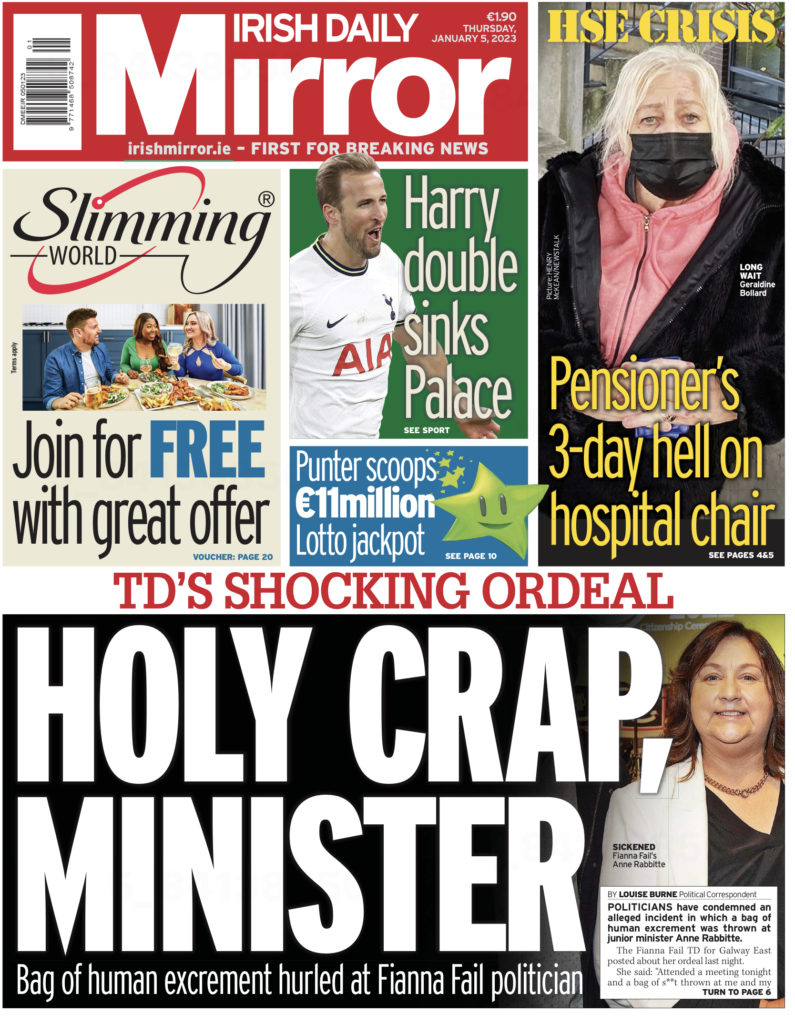 The Northern Ireland Ambulance Service is examining eight incidents of delayed response where deaths are involved, the Belfast Telegraph reports. 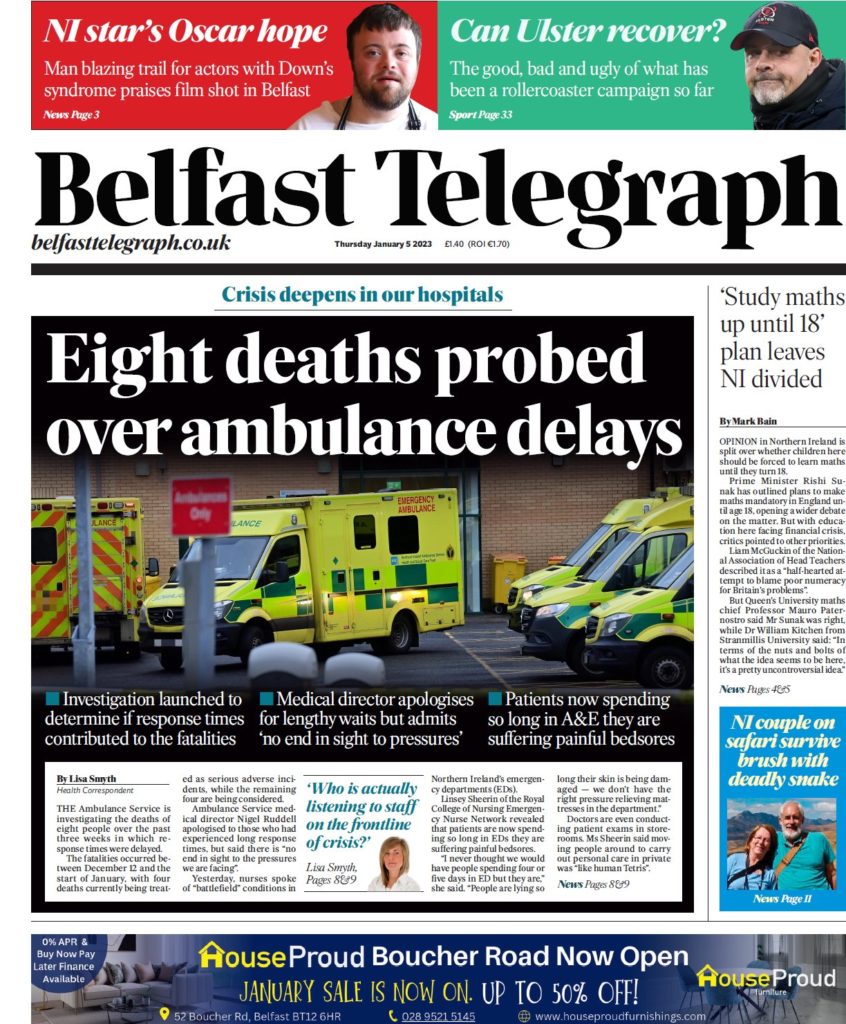 Many of the British front pages lead with prime minister Rishi Sunak’s pledge to fix the health service.

The Daily Express, the Daily Mail, the Daily Star, The Times, the Financial Times and The Independent all carry the PM’s plan to restore Britain and its health sector.

The i adds that the NHS has been forced to send patients to hotels to ease bed blocking.

The Daily Mirror covers the crisis with a story about a father who died waiting for an ambulance on Christmas Eve after three 999 calls, with his daughter blaming the government and not health staff.

Meanwhile The Guardian reports the British government has accused a company linked to Conservative peer Michelle Mone of supplying defective gowns that could have compromised the safety of patients had they been used in the NHS.

Elsewhere, The Daily Telegraph splash has Labour leader Keir Starmer’s vow to voters not to “get its big government chequebook out again” if it wins the next election.

The front page of tomorrow’s Daily Telegraph:
‘Starmer: We’re no longer the party of big spending’#TomorrowsPapersToday

And The Sun features a story about a pregnant woman who gave birth on Christmas Day while dressed as the Virgin Mary.