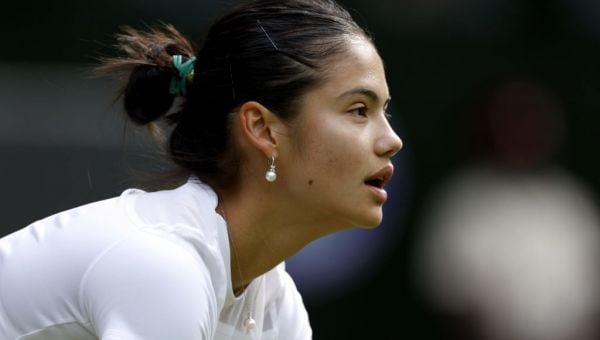 Emma Raducanu will head to Melbourne in the hope of being fit for the Australian Open.

The British number one retired in tears from her second-round match against Viktoria Kuzmova at the ASB Classic in Auckland on Thursday after rolling her left ankle.

Raducanu had the joint taped up ahead of the deciding set but played only one more point, wincing in pain before deciding she could not continue.

Unfortunately, Raducanu has withdrawn from the tournament due to injury ❤️‍🩹 Thank you for the incredible play, Emma!
Congrats to Kuzmova who moves through to the quarter finals! #asbclassic #wta #tennis pic.twitter.com/EquRThki9b

The exact nature of the injury is not yet known, but the PA news agency understands her team hope it is a minor strain, giving the 20-year-old a chance of being fit for the year’s opening grand slam beginning on January 16.

Raducanu’s frustration was fully understandable given all the injury problems she suffered in her first full year on tour, culminating in a wrist issue that kept her off court for two months.

She began 2023 feeling good physically and won her first match in Auckland against Linda Fruhvirtova before taking the opening set 6-0 against Kuzmova and then being pegged back.

Bad weather in Auckland meant the match was played indoors and Raducanu was unhappy with the condition of the courts.

“It’s difficult to take,” she said on stuff.co.nz. “I’ve put a lot of physical work in the last few months and I’ve been feeling good and optimistic.

“So to be stopped by a freak injury, rolling an ankle, is pretty disappointing, in the first week as well. I thought I was playing some pretty decent tennis.

“The courts are incredibly slick, like very slippery, so to be honest it’s not a surprise that this happened to someone.”

He said: “The courts have been checked, the courts are fit to play. We’ve had a number of matches on these courts and we haven’t had any injuries apart from yesterday and the courts had been redone at the start of the year.

“We are obviously very sorry about Emma’s injury. Every player works really hard in the off-season and that’s not what you expect when you play a tournament in week one.

“However, injuries happen all the time. It could have happened on an outdoor court.”

Raducanu made her Australian Open debut last year, reaching the second round.