Ireland’s rate of inflation has peaked – Minister for Finance 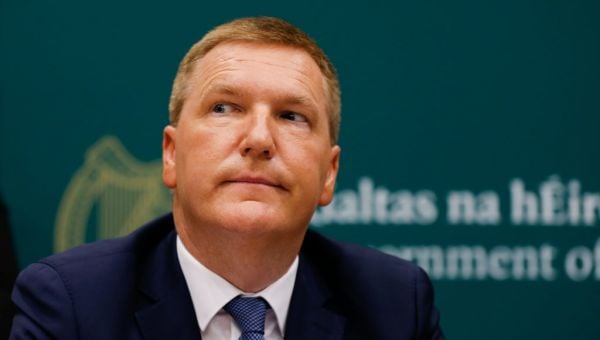 Minister for Finance Michael McGrath has said that the rate of inflation has peaked and is on a downward trajectory that is expected to accelerate.

The latest figures from the European Central Bank show the rate of inflation dropped further than expected, though inflation when energy prices were excluded remained high.

Despite inflation staying over 8 per cent, Mr McGrath said that the rate of price increases is expected to ease.

“It is our view now that inflation has actually peaked and is now on a downward trajectory,” Mr McGrath told RTÉ’s News At One on Friday.

“There is always, of course, the caveat of another energy price shock, for example associated with the war, but based on the information that we have at this point in time, we do believe that inflation has now peaked and is on the way down here in Ireland.

“We do believe that this downward trajectory with inflation will continue and will actually accelerate, particularly in quarter two and quarter three of this year, so that is good news.

“But it does also mean that prices remain elevated at a consumer level, which I think is what people will be most interested in, is how it affects them in the pocket, the prices that they’re paying for the goods and services that they consume.

“We’re seeing some reductions at the forecourts, for example in terms of fuel, but in general we’re not seeing actual reductions, but we’re seeing an easing in the rate of increase.”

On the possibility of further interest rate increases from the European Central Bank, Mr McGrath said it is facing a “difficult balancing act” between tackling inflation and not hurting consumers.

“…The reality is inflation is insidious, it does hurt people, it hurts businesses, and it impacts negatively on economies and reduces the purchasing power that people have for the euro in their pocket, and that is a concern.

“So it is in all of our interest that we do get inflation down, today’s figures are a welcome step in the right direction, but there is still a long way to go to get it fully under control.”

When asked whether government would extend cost-of-living measures due to expire at the end of February, Mr McGrath said they will “come to a view” in the coming weeks, “when we have a clearer picture as to the level of inflation”.