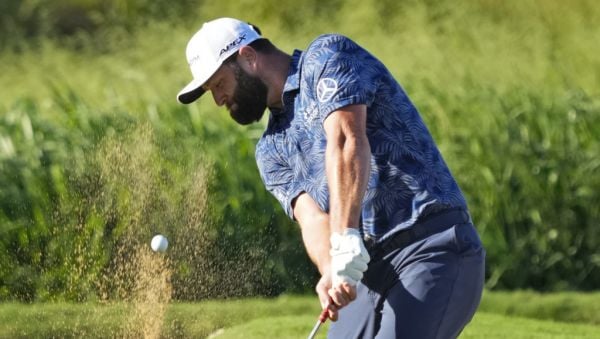 Low scores were abound in the first round of the Sentry Tournament of Champions in Hawaii, with Jon Rahm, Collin Morikawa and JJ Spaun all sharing the lead on nine under par.

Each of the trio carded 64 to commence their PGA Tour seasons in fine fashion.

They lead by one from South Korea’s Tom Kim, who picked up two eagles en route to an opening round 65.

England’s Matt Fitzpatrick is among six players who are two strokes back on six under, while Ireland’s Seamus Power is a shot further back after carding a round of 68.

Despite the leaders’ low scores, only three shots separates the top 16 players headed into the second round.