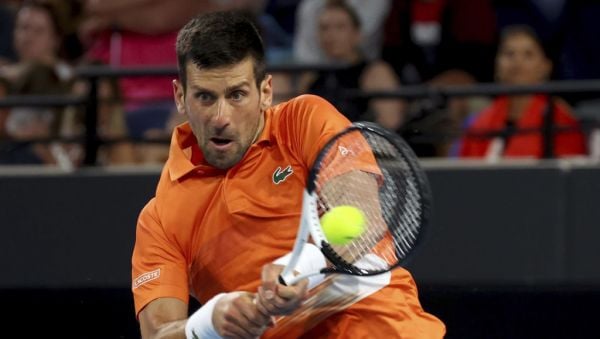 Novak Djokovic and Daniil Medvedev set up a heavyweight contest in the semi-finals of the Adelaide International.

Djokovic has shown no hangover from his deportation from Australia 12 months ago and moved through to the last four with a 6-3 6-4 victory over Denis Shapovalov.

The final four is set at @AdelaideTennis 👀

Djokovic, who leads the head-to-head 8-4, said: “I’m happy with the way I’m playing, the way I’m feeling on the court. I know that a grand slam is around the corner but I really want to focus my attention here.

“Medvedev, maybe I cannot get tougher than that at the moment. I look forward to it. It’s going to be a great semi-finals for sure.

“But, at the same time also, I think the biggest test so far for both me and him, I think this is what we want coming into Melbourne and the Australian Open.”

In the women’s event, top seed Ons Jabeur battled to a 7-6 (5) 7-5 victory over Ukrainian Marta Kostyuk and will next take on 18-year-old Czech qualifier Linda Noskova, who continued her excellent week with a 6-4 6-7 (3) 7-6 (6) win against Victoria Azarenka.

Noskova, ranked 102, said on wtatennis.com: “I definitely didn’t expect to play semi-finals with wins over (Daria) Kasatkina or Azarenka. I just came here for qualies. I don’t know what I’m doing here.”