Odlum and Lambert Cups to be contested in Tinryland

THERE should once again be a very highly entertaining and competitive day of athletics in Tinryland on Sunday (8 January) when the 2023 Carlow Senior Cross Country Championships for the Odlum and Lambert Cups are contested over 10km (Men) and 5km (Women), with the mens event being held for the 78th time since the first cross country in 1946. 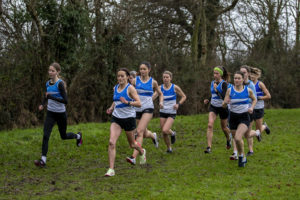 Along with last years winner James McAssey, the Senior medals will be more than likely be between last years runner up Trevor Corcoran of LOT and Colin Payne of Tinryland who has performed well in recent months.

The Tinryland man is seeking his maiden win in this event as he looks to follow in the footsteps of his father the legendary 13 time winner Tommy. This year the LOT bid to win a 7th consecutive Odlum Cup has been hindered by a number of injuries, but along with McAssey, Brian Kirwan, John Culhane, the ever dependable Ken Archbold, Trevor Corcoran, Niall Corcoran,  Eamonn Murphy  and Bobby Crowley should feature prominently on the O’Tooles team seeking to win a 28th club title.

The in-form Payne will lead the Tinryland team with strong support expected to come from multiple former winners Tommy Payne Snr and Pat Byrne with other athletes in contention for scoring places looking likely to be Padraig Webb, Tommy Payne Jnr, Dwayne Farrell, John Dillon, Tomas Walsh and Eddie Walsh. With their strongest line up in recent years combined with some absentees amongst their rivals, Tinryland will start as favourites to win a record 33rd title which they last won in 2016.