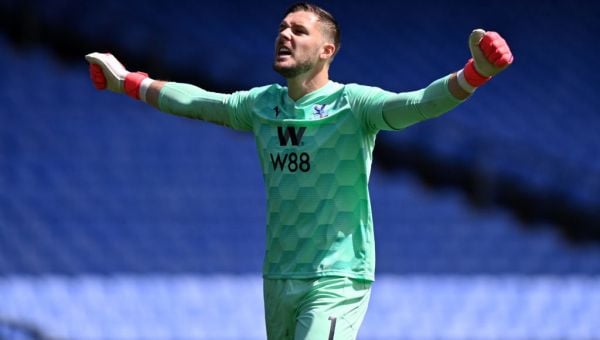 The move was confirmed on Friday morning, with the 29-year-old set to provide a third option for Erik Ten Hag, who also has number one David De Gea and Tom Heaton at his disposal.

Vieira has been vocal about the need for January reinforcements to his inconsistent 12th-placed side and Butland’s departure could free up both space and resources.

He said: “I think for us, we knew that we had three really good goalkeepers and Jack was one of them, and sometimes a player wants to have more time on the field than you can promise, so I think at the end it’s a really good move for Jack.

“And the last couple of years that I’ve worked with him, he has been a real professional and we wish him all the best.”

Viera’s side next host struggling Southampton in the FA Cup third round on Saturday.

Palace, who lost 4-0 at home to Spurs in midweek, hope to go as deep or further than they did in the FA Cup last season when they advanced to the Wembley semi-final but were beaten by eventual runners-up Chelsea.

How does a trip to Wembley sound? #CPFC | #EmiratesFACup pic.twitter.com/kKwEi9D3zb

“It was a really, really good experience for the team,” said Vieira. “And this year nothing will change. We don’t take anything for granted, we know how difficult that game will be, and we will have to perform better than our last home game to have a chance to go to the next round.

“I think we, like I always said, have a good group of players who want to do well in that competition, in any competition that we are involved in, and last year was a really good run for the football club. I think the players, the fans, we all enjoyed the journey.

“But yes, it will be tough of course against a Premier League opponent and we will try to enjoy that cup as well.”

Palace number one Vicente Guaita might get a rest in favour of Sam Johnstone, who spent much of the first half of the season injured, though Vieira said he has experienced “a couple of step-backs”.

Midfielder Will Hughes, meanwhile, has made 11 Premier League appearances from the bench so far this season and may have done enough to earn a start on Saturday.

Vieira said: “I think when I look at the last couple of weeks that he had in training he deserves to have a chance and [Saturday] he will be one of the players that can start the game.”

He also provided an update on 19-year-old winger Malcolm Ebiowei, who has been linked to loan moves at a number of Championship clubs including Hull, QPR and Blackburn.

Asked if Ebiowei will stay or go, Vieira replied: “There is a conversation and both options are open. What is really important is to try to make the right decision for the football club and to take into consideration that a young player like that needs to play.

“There is a discussion going on at the moment and we will try to make the best decision for the football club and for the players.”