Celtic extend lead at the top with comfortable Kilmarnock victory 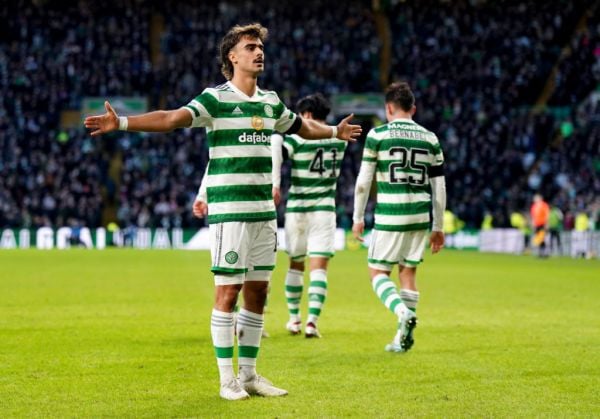 Celtic extended their lead at the top of the cinch Premiership with a 2-0 win against Kilmarnock.

Jota fired the Hoops ahead just before half-time and an own goal from Ash Taylor after the break helped Celtic move 12 points clear of second-placed Rangers.

Hearts stay third but they were forced to share the spoils with St Mirren as they drew 1-1.

Robert Snodgrass cancelled out Ryan Strain’s early strike, but neither side was able to find a winner and a VAR check saw Marcus Fraser dismissed for the hosts deep into stoppage time.

Duk put Aberdeen in front in the 74th minute and got his second 10 minutes later to help the Dons stay fourth.

Second-half goals from Livingston heaped more misery on bottom-of-the-table Ross County as they were beaten 2-0.

The Lions are up to fifth after Bruce Anderson made the breakthrough in the 67th minute and then scored his second just three minutes later.