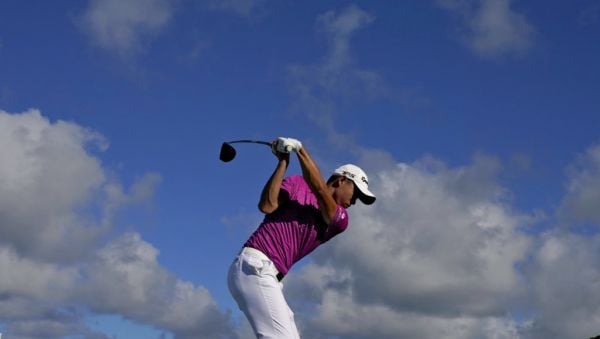 Collin Morikawa took the lead on the second day at the Sentry Tournament of Champions in Hawaii, pulling ahead of JJ Spaun and Scottie Scheffler.

It gave him a two-shot lead in front of Masters champion Scheffler and 86th-ranked Spaun.

Leaderboard after Round 2 @Sentry_TOC ⛳️

Jon Rahm dropped down the leaderboard to a share of sixth alongside England’s Matt Fitzpatrick on 11 under.

Morikawa finished last year winless but fought his way into a shared lead on the first day with six straight birdies before pushing ahead of the pack.